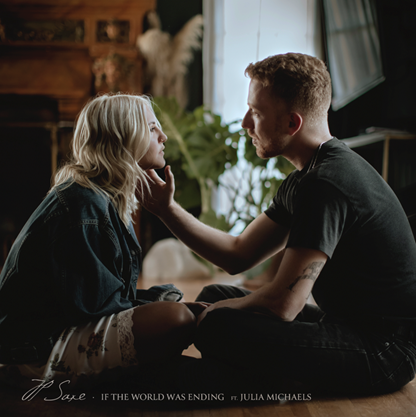 Saxe says, “Julia and I wrote this song the day we met. It was a couple weeks after the last earthquake in LA. We were talking about the reasons people have to not talk to the people they really want to talk to…but know they shouldn’t talk to, and how many of those reasons would hold up in the apocalypse.”

“The song is about that special person in your life that for whatever reason you just can’t seem to make it work with,” added Michaels. “If the world is ending, and there was nothing left to hold you back, would you make your way back to them for one last night?”

Saxe’s latest single “Women Who Look Like You” featuring rapper Guapdad 4000 was covered by the FADER and follows his heartfelt ballad, “Same Room.” Best known for his breakout single “The Few Things,” Saxe’s unique sense of vulnerability has led to his ever-growing success. Since its release last year, the single has amassed over 50 million streams (with an alternate version featuring Charlotte Lawrence), and led to his first headlining tour and a label deal with Arista Records and Sony Music Entertainment.

Saxe recently joined Noah Kahan on his Busyhead tour, a 22-city fall tour that kicked off September 27th in Atlanta, GA and includes stops in major markets, including New York, Chicago, Toronto, Montreal, Los Angeles and more. Please see the remaining tour dates below. He will continue to release new music throughout the rest of the year leading into 2020.

GRAMMY® Award-nominated singer and songwriter Julia Michaels has transformed the pop music landscape not only from behind-the-scenes as one of the most in-demand songwriters, but in the spotlight as a solo artist as well. Her rapid rise can be attributed to identifiable honesty in every lyric, as exemplified in her triple-platinum selling debut and 2019 Grammy nominated single “Issues.”  As a songwriter, MICHAELS has co-written 21 titles that have charted on the Billboard Hot 100, eleven of which have hit the Top 40, including “Issues.”

To watch “If The World Was Ending”

To listen/stream “If The World Was Ending” 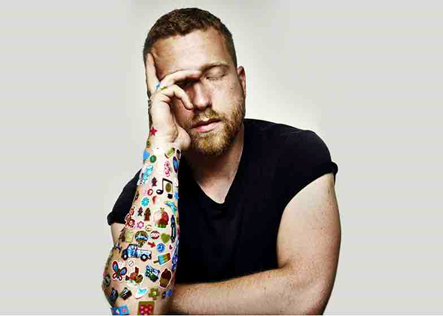