TOUR KICKS OFF IN CALGARY! 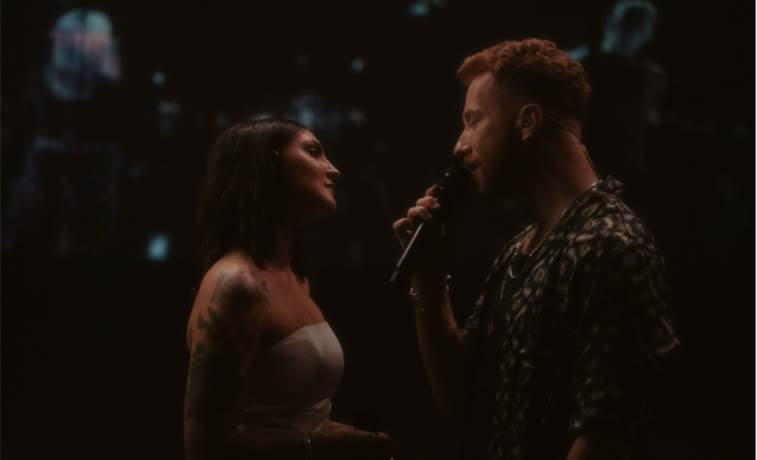 (Toronto, ON – June 7, 2021) – Toronto’s very own JP Saxe won big this weekend at the 2021 JUNO Awards. Having been tied for most nominations with notable artists like Justin Bieber and Jessie Reyez, the GRAMMY® Award-nominated and now JUNO Award-winning singer-songwriter, took home ‘Breakthrough Artist of the Year’. Paired with the success of his JUNO win, the Canadian musician also took to the stage last night with Julia Michaels to perform their 5x Platinum hit, “If the World Was Ending” as well as new single “Like That.” Watch here.  The unforgettable high continues for JP as he announces today the Canadian dates for his 2021/2022 North American and European, The Feelings Are Stupid tour.

Pre-sale tickets for Canada will be available on Wednesday, June 9 at 10am local time, and fans can access a pre-sale code by signing up for their specific tour date at jpsaxe.com. General tickets are on sale Friday, June 11, 10am local time. See full tour dates in both North America (2021) and Europe (2022) below. The tour announcement arrives on the heels of Saxe’s latest single, “Like That” along with an ‘Official DIY Video’ shot with Julia Michaels.

JP Saxe will release his debut album Dangerous Levels of Introspection on June 25th, 2021. Pre-order the album here: https://JPSaxe.lnk.to/DLoIPreorder . It will include JUNO Award-nominated track “If the World Was Ending” feat. Julia Michaels, as well as “A Little Bit Yours” and “Line By Line (feat. Maren Morris),” among other special guests.

THE FEELINGS ARE STUPID ’21 TOUR DATES:

THE FEELINGS ARE STUPID ’22 TOUR DATES:

JP Saxe received his first Grammy nomination for his platinum single “If The World Was Ending” ft. Julia Michaels, at the 63rd annual Grammy Awards. The duet, produced by six-time Grammy Award-winner, FINNEAS, was one of the most impactful songs during the pandemic, resulting in over one billion streams across platforms and over 130 million music video views. It has been certified platinum in the U.S., among other territories, and 5x platinum in Saxe’s native Canada. Saxe and Michaels performed the track on The Tonight Show Starring Jimmy Fallon, The Late Late Show with James Corden and the 2020 MTV VMAS. In October 2020, Saxe released “A Little Bit Yours” which he debuted live on Live with Kelly & Ryan, and later on JIMMY KIMMMEL LIVE! Idolator praised Saxe as “one of 2020’s breakout stars.” In February 2020, JP released his debut EP Hold It Together, which was critically praised by TIME Magazine for exploring the weird – sometimes lovely – sometimes painful – emotions that bubble up in relationships” and included “3 Minutes” off the EP in their ‘5 Best Songs of the Week’ roundup. Saxe kicked off 2021 with the release of “Line By Line” featuring Grammy-winning artist, Maren Morris. They made their late-night TV debut of the track on The Late Late Show With James Corden in early March.