FORTHCOMING DEBUT ALBUM OUT THIS SPRING 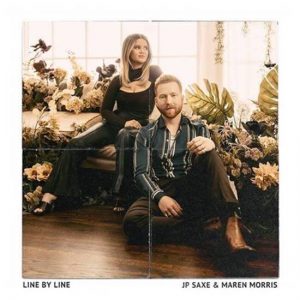 JANUARY 13th, 2021 – GRAMMY® Award-nominated singer, songwriter and multi-instrumentalist, JP Saxe and GRAMMY® Award-winner, Maren Morris, debut a new song today, “Line By Line” via Arista Records. The intricate and emotive lyrics were penned by Saxe, Morris and Jimmy Robbins (Maren Morris’s “The Bones”) in Nashville. The track is accompanied by an official music video starring both artists and is available now here.

Of the track, Saxe says: “My first thought about this song is that it’s surreal I get to be sharing it with one of my favorite artists ever. Regarding what it’s about…as songwriters, we spend a lot of our lives trying to bottle up a feeling into a song, and often, the biggest feelings, the best ones… the complicated, detailed, messy, incredible ones… just aren’t going to fit. Line by Line is our recognition of that… of how one song just isn’t enough to capture it all, but how we’re just going to keep writing, futilely and lovingly, anyway.”

Of the track, Morris says: “I have always loved being contemplative of the artist vs. muse relationship in songs. ‘Line by Line’ acts as a promise that I’ll never be done writing about my muse in this life because he can’t be summed up in one song. Writing that day with JP was the most fluid, inspiring session. He’s a lyrical faucet. He threw out the line “immortalizing my sincerity” and it blew my mind. I think all in all, we wrote the whole song in an hour and immediately recorded it.” 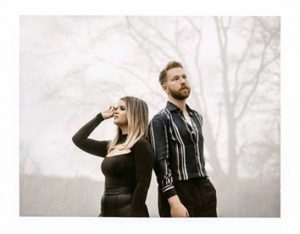 Singer, songwriter and multi-instrumentalist from Toronto, JP Saxe, always finds a way to cut beyond the surface, lyrically tapping into a deep connectivity with universal emotion and human experience. In October 2019, Saxe released his multi-platinum selling collaboration “If The World Was Ending” featuring GRAMMY® Award-nominated artist, Julia Michaels, which has been nominated for Song of the Year at the upcoming 63rd annual GRAMMY® Awards. The track has accumulated over one billion streams and over 120 million video views. Saxe and Michaels performed together on The Tonight Show Starring Jimmy Fallon, The Late Late Show With James Corden, The 2020 MTV VMAs, The Voice season finale and Dick Clark’s New Year’s Rockin’ Eve. In February 2020, JP released his debut EP Hold It Together, which was critically praised by TIME Magazine for “exploring the weird – sometimes lovely – sometimes painful – emotions that bubble up in relationships” and included “3 Minutes” off the EP in their ‘5 Best Songs of the Week’ roundup. In October 2020, JP released his heart-rending ballad, “A Little Bit Yours” which he performed on Live with Kelly & Ryan. Saxe kicked off 2021 with performances on Dick Clark’s New Year’s Rockin’ Eve and JIMMY KIMMEL LIVE!

Saxe is set to release new music this winter, leading into his anticipated debut album out this spring.

Maren Morris is one of the leading voices in music today, armed with incredible

vocal stylings and songwriting chops, sheer talent, honest lyrics and an undeniable presence. Her 4x Music Canada Platinum single “The Bones” dominated 2020, topping the Billboard Hot Country Songs chart for 19 consecutive weeks—the longest #1 by a solo female musician ever and the first solo female multi-week #1 since 2012. The single earned Maren Female Vocalist of the Year, Single of the Year and Song of the Year for “The Bones” at the 2020 CMA Awards, plus Female Artist of the year and Music Event of the Year at the 2020 ACM Awards. Topping it all off, “The Bones” is nominated for a 2021 GRAMMY Award for Best Country Song. Her 2019 album GIRL shattered the record for the largest ever debut streaming week for a country album by a woman and was named Album of the Year at the 2019 CMA Awards, where Morris was the most nominated artist. GIRL arrived three years after Morris’ breakout, Gold-certified debut album HERO, for which she won a Grammy for Best Country Solo Performance, New Female Vocalist of the Year at the 2017 ACM Awards and New Artist of the Year at the 2016 CMA Awards. Hero features the much-lauded singles that launched Maren’s career into the stratosphere— the 4x Music Canada Platinum “My Church,” Platinum “80s Mercedes” and “I Could Use A Love Song,” and Gold “Rich.”