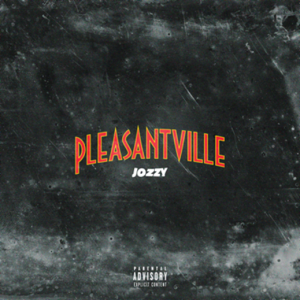 Columbia Records Grammy Award winning recording artist and songwriter Jozzy is celebrating Juneteenth with the release of her latest track “Pleasantville”. Listen to the track here.

Jozzy, who wrote Billy Ray Cyrus’s verse on Lil Nas X’s mega Grammy Award Winning smash “Old Town Road” is also proud to share that she will release an EP called Soul Therapy: Apartment 215 later this year. “Pleasantville” will be one of many tracks on that EP, which explores the themes of hope, resilience and music as a form of therapy for the soul and spirit.

Regarding the creation of “Pleasantville”, Jozzy says, “The world is so messed up right now. Quarantine hit and everybody was having to deal with their demons, get closer to God, become a better person and just sit with themselves and their thoughts. People were struggling. I wanted to make music that was deeper, inspired hope and had feelings – a reflection of our times.  I hope “Pleasantville” gives everyone a little salve for their soul. I can’t wait to share the whole EP with everyone.”

Long known for her prolific writing career, Jozzy, who wrote Jacquees’s “You”, has also worked with and written for Pharrell, Chris Martin, 21 Savage, Summer Walker, Metroboomin, Ella Mai and Dua Lipa amongst many others. In addition to creating hits for others, Jozzy has stepped into the limelight as an artist in her own right. Prior to the release of “Pleasantville” Jozzy released several of her own wonderful tracks including, “Let You Down, Let You Go”, as well as “Sucka Free” featuring Grammy Award winning icon Lil Wayne and “Feel So Good”. She is currently putting the finishing touches on her EP.

“Pleasantville” is available on all streaming platforms. Fans can follow her socials (listed below) for more details.