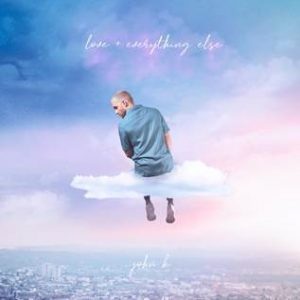 (November 13, 2020 – Los Angeles, CA) – After posting up hundreds of millions of streams and attracting widespread acclaim, RIAA-certified platinum pop singer and songwriter John K unveils his debut project, love + everything else, today. Get it HERE via Epic Records.

These ten tracks illuminate every side of this pop maverick. He preceded the arrival of love + everything else with a string of fan favorite singles. With over 255 million streams, “if we never met” received a RIAA platinum certification and zoomed into the Top 15 at Hot AC Radio in the U.S. The track received an official co-sign from singer/songwriter Lauv and was praised by the likes of Billboard, Forbes and Rolling Stone who marked it as a “song you need to know.”

Breaking the mold as his “fastest-growing” single to date, “happiness” has garnered over 4 million streams and continues its steady climb at Hot AC Radio. It was touted by MTV, 1883 Magazine and E! who crowned it “a track for 2020 if there ever was one.” Meanwhile, his most recent release “cheap sunglasses” has racked up over 2 million streams and attracted critical praise with Hollywood Life predicting, “John K’s future is so bright, he gotta…well…you know the rest.”

In addition to the platinum breakthrough “if we never met” and “6 months,” love + everything else flaunts one anthemic bop after another. It kicks off with “let me let you go” where sunny melodies glide above a simmering bassline before a falsetto-spiked bridge and sweeping hook. “Parachute” takes flight with its lithe melody. Then, there’s “ilym” Reaching an emotional highpoint, soft piano underscores his heavenly high register on the hook, “I love you more.” Check out the full tracklisting below.

His momentum only increases with each new banger. Idolator recently named John “one of the breakout stars of 2020,” while CelebMix proclaimed, “get ready for the rise of John K.”

Experience love + everything else with John K now!

Known for capturing the essence of an eternal summer, Florida native John K quietly cemented himself as an independent artist to watch in 2017 when he was handpicked as Elvis Duran’s “Artist of the Month,” allowing him to appear on the TODAY Show with a performance of his breakout single “OT.” Crediting his soulful vocals and effortless cool to influences ranging from Bill Withers and Donnie Hathaway to Jon Bellion, Ed Sheeran and Drake, he continued to make waves in 2019 by signing to Epic Records and releasing his if we never met EP, which landed him features with Billboard, Rolling Stone, Forbes and more. RIAA Platinum-certified single “if we never met” propelled him into 2020, with a version featuring Kelsea Ballerini and a return to the TODAY Show to perform the song. Garnering over 255 million streams, “if we never met” was followed by the heartfelt singles “6 months,” “happiness” and “cheap sunglasses” where he continued to stake out coveted real estate on top Spotify, Apple Music and Amazon Music playlists. Featuring those stand out singles and so much more, John K now presents his highly anticipated project, love + everything else. 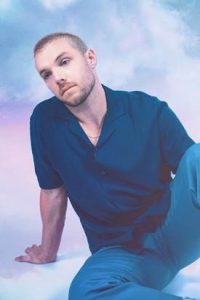