LISTEN TO “THE REV3NGE” OUT NOW VIA COLUMBIA RECORDS 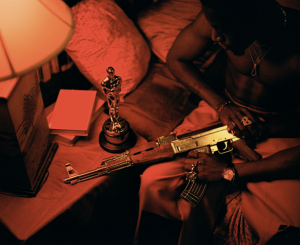 (January 14, 2022) – Today, Joey Bada$$ returns to share a new single and video “THE REV3NGE,” marking a new era as the first song from his highly anticipated forthcoming 3rd studio album. Out now via Columbia Records, the Powers Pleasant-produced track arrives after being teased at various live shows around the country including a standout Rolling Loud New York performance, officially marking Joey’s triumphant return to music after his foray into movies and TV on the Oscar-Winning Netflix film “2 Distant Strangers” and the critically acclaimed “Power” prequel “Raising Kanan.” “THE REV3NGE” is an energetic anthem led by emphatic horns and bouncy percussion that finds Joey celebrating his recent successes as he breaks out with new music and refreshed ambition. “I just came back for the win,” he raps in the child.-directed video which shows off his acting chops as he personifies acts of vengeance.

The new song follows a trilogy of singles in 2020, The Light Pack, and sets the tone for what’s to come from Joey Bada$$. The celebrated musician and actor made a name for himself early in life, when he released his mixtape 1999 at only 17-years-old. The tape was an instant classic, overnight his Pro Era collective was world-famous, and Joey was recognized as one of the best new rappers in the game. Following the release of his critically acclaimed albums B4.DA.$$ (2015) and All-Amerikkkan Bada$$ (2017), Joey made his acting debut on the hit TV show “Mr. Robot,” paving the way for a new phase of his career as a multi-faceted entertainer.

Watch and listen to “THE REV3NGE” above. Stay tuned for more from Joey Bada$$ coming soon. 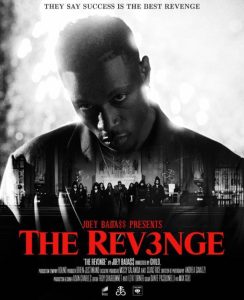 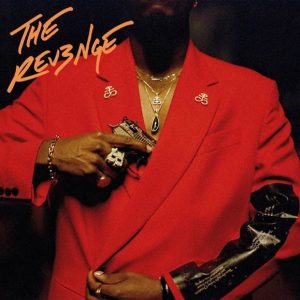