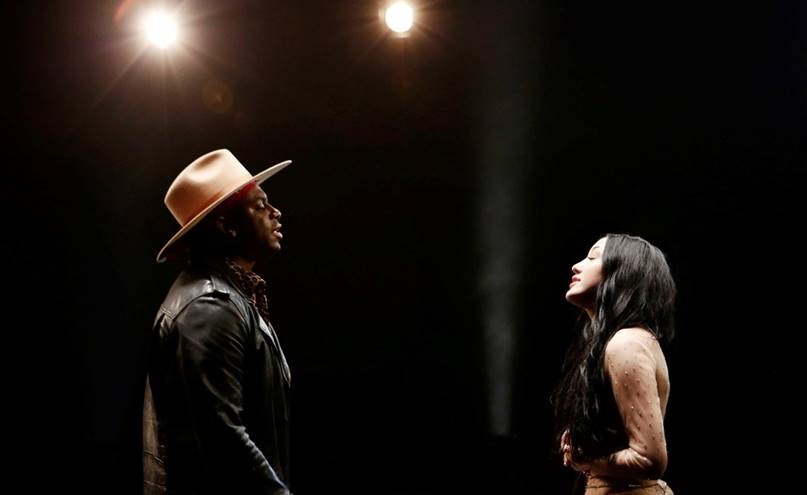 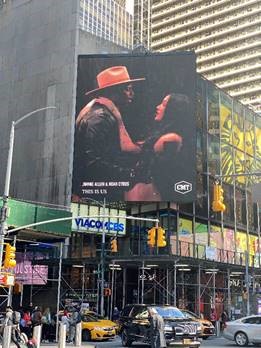 (March 10, 2020) – Platinum-selling singer/songwriter Jimmie Allen has unveiled the music video for his newly released single “This Is Us” featuring Noah Cyrus – watch HERE. Directed by Dustin Haney, the video features Allen and Cyrus set against a backdrop of stark yet compelling visuals, reflecting on their former romance and dreaming of a world that transcends the constructs of space and time, perhaps bringing them back together once again…

The release follows Allen landing his second career No. 1 single with “Make Me Want To” hitting No. 1 on both the U.S. Billboard and Mediabase charts, marking the first time in history that a black artist has launched their career with two consecutive No. 1 singles on Country radio. His first was his platinum selling “Best Shot” off his Stoney Creek Records/BBR Music Group debut album Mercury Lane.

Signed to BBR Music Group’s Stoney Creek Records, Jimmie Allen has already made history as the first black artist to launch a career with two consecutive No. 1 hits on country radio – the first being his debut single “Best Shot” – which claimed the No. 1 spot for three weeks – and second being his latest single “Make Me Want To” off his debut album Mercury Lane, released fall 2018. Named in tribute to the street he grew up on and the origin of his incredible journey, Mercury Lane features a cutting-edge mix of country, rock, R&B and pop that draws upon the influence of his family and small-town upbringing of the critically-acclaimed rising star. Rolling Stone raved Allen’s debut “challenges the narrowly defined model of what constitutes a next big thing in country music in 2018” and The New York Times dubbed it one of 2018’s strongest, calling it “a conventional country album, filled with songs about the small details.” For more information, visit www.jimmieallenmusic.com.

As one of today’s hottest acts, RECORDS’ recording artist, Noah Cyrus has been forging her own path in left-of-center pop and singer/songwriter music since her Platinum debut single “Make Me (Cry)” went straight to #1 on Spotify’s Viral Global Chart and surpassing 500 million global streams alone. With a catalog amassing over 2 billion streams, Noah has created an identity all her own that has resonated with fans across the world. Her current single “July”, growing at radio, is certified GOLD, has reached 200 million global streams and 750k SPS units in the US and is showing no signs of slowing down. She has collaborated with peers including Labrinth, XXXTENTACION, and Leon Bridges, becoming known for her honest lyrics that stem deep from her musical roots. Noah completed her first headline tour in 2018, graced the stage at Coachella twice, was included in Billboard’s 21 Under 21 for three consecutive years, has performed on James Corden, Jimmy Fallon, Ellen, and The Today Show, and is currently on a three city sold out headlining tour with new music coming soon.