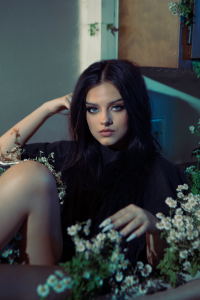 Today, Jessie Murph has surprised her fans with the release of new song “If I Died Last Night.” Listen HERE and watch the accompanying lyric video HERE. In true Jessie fashion, the vulnerable track has already resonated with listeners who have created over 43k original videos using the sound as a way to share their stories.

Earlier this week, Jessie announced her first-ever North American headline tour slated for Spring 2023. The 16-date run kicks off on February 24 in her native Nashville, TN and includes stops in New York, Toronto, Chicago and more before concluding in Los Angeles, CA on March 24. After selling out of presale tickets, the general onsale will begin Friday, 11/4 at 10am local time. See full routing below and visit https://www.jessiemurph.com/ for more information.

“If I Died Last Night” will be featured on Jessie’s debut mixtape ‘drowning’ releasing early next year. Pre-order the project HERE and stay tuned for more from Jessie Murph coming soon! 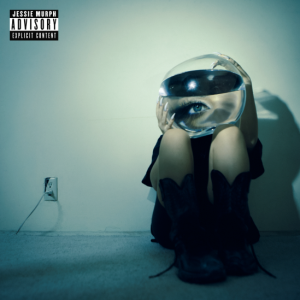 Underneath a unique blend of modern production with echoes of distant guitar and evocative vocals, Jessie Murph tells the kinds of stories we all relate to but might be too uncomfortable to disclose to the world at large. Thankfully, she’s not shy in her songs. The 18-year-old Alabama singer, songwriter, and multi-instrumentalist gushes emotion through the cracks of her dominant, yet lilting croon, staring down heartbreak, anxiety, and darkness without filter or any fucks given. This open-hearted honesty has endeared her to a following of nearly 10 million across platforms and asserted her as a force. The stress of a fractured family, bullying in school, outdated expectations for women, and latent backwoods misogyny pushed Jessie to cling tightly to music and never let go. She listened to everyone from Adele and Lady A to 6lack and Lil Baby, learning piano, ukulele, and guitar and writing songs of her own.

After a taste of viral popularity on YouTube, she launched her TikTok during 2020. Beyond popular covers, she gained traction and connected with audiences by way of originals such as “Upgrade,” “Look Who’s Cryin Now,” and “Sobriety.” However, “Always Been You” affirmed her as a powerful presence. It has gathered north of 115 million global streams, while Stereogum pegged it as one of “2022’s Potential Pop Hits.” Between praise from OnesToWatch, Flaunt Magazine, Hits, and more, she tallied over 100 million streams with “Pray,” “I Would’ve,” “While You’re At It,” and “How Could You.” However, she opens up once again on her 2023 debut mixtape, drowning [Columbia Records], and more to come.