FIRST SINGLE “HOLD ON” OUT TODAY

“HOLD ON” MUSIC VIDEO PREMIERED ON CONSEQUENCE OF SOUND 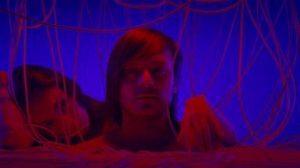 JB Dunckel from AIR will release his new album H+ on March 16. H+ is now available for pre-order and includes first single “Hold On” which lush and futuristic video directed by French creative studio Akatre premiered today on Consequence of Sound. 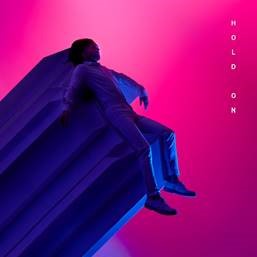 Dunckel is back in the guise of an augmented man with H+, an exceptionally futuristic and optimistic, contemporary sound odyssey. A little over ten years after his first solo album, Darkel (2006) — and following his 2013 collaboration with Lou Hayter (Tomorrow’s World) and 2015 album with Barði Jóhannsson, Starwalker — H+ sets the tone with an album cover by French design studio Akatre depicting the artist in a utopian landscape.

H+ represents a positively charged hydrogen ion, known as a proton; it is also the symbol of transhumanism. Indeed, after having alternated solo albums (using his Darkel alias) with Air projects, “in order,” said Dunckel, “to avoid being soluble in Air, for Air was white and Darkel is, well, dark,” he set his sights on recapturing the entirety of his being. “I use the sound experiences of Air; I just extend my Air sound in a solo setting. I don’t renounce the past, in fact I exploit it quite openly,” the artist recently explained. Though the success of Air continues unabated, with frequent tours, the duo hasn’t produced any new music in five years.

Scoring film soundtracks — Fabrice Gobert’s K.O. (2017), Olivier Babinet’s Swagger, and Alanté Kavaïté’s Summer (both from 2015) — apparently confirmed Dunckel’s exponential taste for loads of violins and improvisation in the studio. Many of his songs are based on the barest of piano melodies, and a vocal style that is smoother and freer than ever. Years of singing on tour with Air strengthened his voice; it now has a deeper range and tone, while remaining androgynous. With his favorite synthesizers, the MS20 and the Arp 2600, JB Dunckel spent a lot of time honing this album aboard his private spaceship, a way of thumbing his nose at the wave of dystopias that make mincemeat of all our hopes and dreams, by creating a future in which “romantic transhumanism” reigns, “man never ages, and love is eternal.” 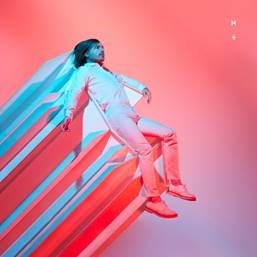