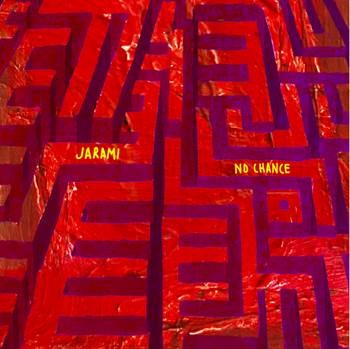 “No Chance” is co-written by Jarami and Sam Dew. The song is both produced and performed by Jarami.

Shot in Barcelona, the video is directed by Pensacola and produced by Canada. The visual follows a kebab stand worker who cuts his finger and gets sucked into the alternate world where he fights off life-sized talking lettuce pieces while swinging around on giant shoe laces.

“No Chance” follows the release of “Cold Blooded” which was selected as a Zane Lowe World Record earlier this fall and has been streamed over half a million times since release.

Previously the duo released their 2017 Sketches EP, which was met with great critical praise upon release. FADER described the EP as, “four funk-laced instrumentals perfect for riding around in warm weather with the windows down” while Complex explained, “Jarami [has a] gift for laid-back, colourful grooves filled with detail…” Highsnobiety included them in their “Highsnobiety Music’s Class of 2018: 10 Artists to Watch” list and said “Fans of disco funk-laced electro, take note: these guys will spend 2018 producing your party playlists for you.”

Watch the “No Chance” video below and keep an eye out for more music from Jarami coming soon.