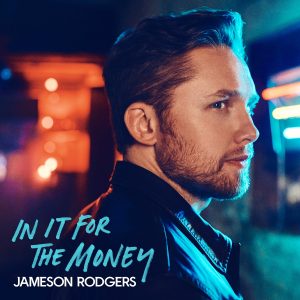 TORONTO, ON. – Columbia Nashville/River House Artists breakout singer/songwriter Jameson Rodgers will release his new EP, In It for the Money, April 23. Pre-add/pre-save HERE.

Fresh off his nomination for Best New Country Artist at the 2021 iHeartRadio Music Awards, Rodgers released a new track from the project, “Good Dogs,” which he co-wrote with Hunter Phelps, Jake Mitchell, and Brent Anderson. Listen HERE. The accompanying visual for the track will debut tonight (4/9) at 6:00 p.m. CT on YouTube.

In It for the Money features Rodgers’ Gold-certified, No. 1 debut “Some Girls” as well as his latest Top 40 hit “Cold Beer Calling My Name,” which features label mate Luke Combs. Previously unreleased cuts include the hard-hitting title track; “When You Think of Mississippi,” a nostalgic trip down the dirt roads of Rodgers’ life; “Rolling Rock, Rolling Stones,” a song meant to be played on a dingy jukebox; and “Desert,” which soothes the hurting soul.

Rodgers will host Jameson Rodgers & Friends at The Listening Room in Nashville with local radio stations THE BIG 98 and 103-3 Country presenting sold-out performances at 6:00 p.m. CT and 8:30 p.m. CT, respectively. Benefitting Music Venue Alliance-Nashville, special guests include Carly Pearce (6:00 p.m. show only), Jimmie Allen, Jordan Davis, and Tenille Townes. Due to overwhelming demand, with shows selling out in less than one hour, both performances will now be available via a ticketed livestream. Tickets are available at ListeningRoomCafe.com  and allow viewers access to both performances. One hundred percent of proceeds will go directly to MVAN, a coalition working to ensure no Nashville independent music venue closes its doors permanently due to COVID-19. 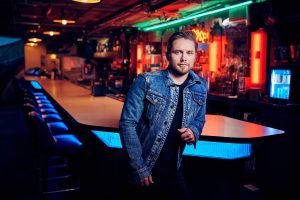 About Jameson Rodgers: iHeartRadio Music Awards Best New Country Artist nominee Jameson Rodgers is quickly cementing his place as one of country music’s most intriguing singer/songwriters. Not only does the Mississippi native currently find himself enjoying the success of his Gold-certified No. 1 hit “Some Girls” and his follow-up smash “Cold Beer Calling My Name” featuring label mate Luke Combs, but the 33-year-old is now utilizing these addictive songs as the firm foundation for his new EP, In It for the Money . It’s all a part of a journey that began in 2010, when Rodgers moved to Nashville and started laying the groundwork of his career at a myriad of open mic nights in Music City. Soon, Rodgers’ talent as a songwriter began to get noticed, as he co-penned Platinum-selling hits for Florida Georgia Line (Top 10 single “Talk You Out of It”) and Chris Lane (No. 1 smash “I Don’t Know About You”), along with “Camouflage Hat” on Jason Aldean’s most recent album 9 and the title track of Luke Bryan’s latest release Born Here Live Here Die Here . In 2019, Rodgers found himself in arenas of screaming fans as an opener on Combs’ tour, only to find himself off the road in 2020 due to the pandemic. But it is this time that offered him the chance to create a new EP that takes bits and pieces of Rodgers’ truth and puts them together into a project in which a shy guy speaks loud about life and love and lessons learned.