THIS WEEK’S SECOND MOST-ADDED SINGLE IN THE US

TOP 5 BILLBOARD NEW COUNTRY ARTIST; NO. 1 DEBUT “SOME GIRLS” TOP 20 COUNTRY AIRPLAY SONGS OF THE YEAR AND PEAKED AT #3 ON THE CANADIAN COUNTRY RADIO CHART 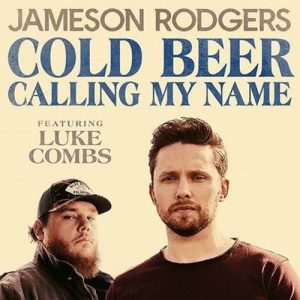 “Cold Beer Calling My Name” follows Rodgers’ Gold-certified, No. 1 debut “Some Girls,” which was the only solo male debut single to reach the top of the charts in 2020. The “feel good party song” (Billboard) has been celebrated as “just what you need to crack open a good time” (Sounds Like Nashville) and “blue-collar magic” (NY Country Swag). Country Now praised the single as one of the 11 Best Country Songs of Summer 2020 upon its release earlier this year, and Rolling Stone echoed “it’s the escapist chaser that many of us can use these days.”

Solidifying his reputation as a “newcomer to watch in 2020” (Taste of Country), Rodgers ranked No. 4 on Billboard’s year-end Top New Country Artists chart, while “Some Girls” landed at No. 17 on the year-end Top Country Airplay Songs chart and No. 29 on the Hot Country Songs chart. The track has earned more than 134 million on-demand streams.

Rodgers was recently named to MusicRow’s Next Big Thing Class of 2021 after receiving their Discovery Artist of the Year Award this summer. He was also nominated for CRS’ New Faces Showcase.