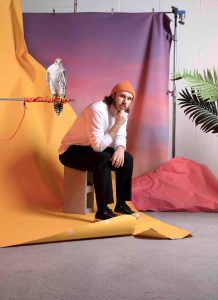 “A deft collaboration, with James pushing his music onto a different realm, whilst maintaining that recognisable emotional pull” – CLASH

TORONTO, ON – September 20, 2021 – James Vincent McMorrow has released his fifth studio album, Grapefruit Season, which is available now on Columbia Records. The project features latest single, Planes, and Paradise – currently playlisted on BBC Radio 1 – as well as teaser tracks like Gone, and I Should Go (with Kenny Beats). Having made a welcome return to the festival circuit this summer – as well as playing Ireland’s first major gig since the pandemic – James will hit the road for a global headline tour in 2022, including newly-announced dates across Canada. See below for full details.

On Grapefruit Season, James Vincent McMorrow (artist, producer, and songwriter) pushes himself and his sound in all new ways. The album was recorded between London, Los Angeles and Dublin, largely before the pandemic struck. It embraces the timeless yet timely fact that life is chaos; the idea of growing up, but as Paradise suggests, still feeling none the wiser. Each song is held together by McMorrow’s instantly-identifiable voice, an untethered musical imagination, and (from dancehall to soul, country to R&B) purposefully little else in its pursuit of fear-free pop music. Even the title, Grapefruit Season, seems to signpost doing simply what you want, rather than what you are supposed to do (it was inspired by James watching his mum eat grapefruit as a kid, and the idea that what’s good for you may not actually be pleasurable).

Throughout the emotional highs and lows of Grapefruit Season, you are reminded of the risks James Vincent McMorrow has taken since the singer-songwriter roots of debut album, Early In The Morning (which turned ten in 2020); but also that those same instincts – to follow inspiration wherever it leads, and to be as brutally honest possible – remain a refreshing constant. What’s emerged is James Vincent McMorrow’s most essential album to date. 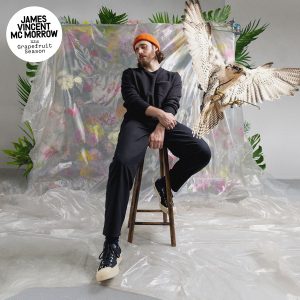