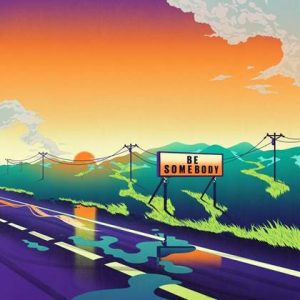 IN THE WORLD ON BBD RADIO 1

“Pushing his music onto a different realm, whilst maintaining that recognisable

Toronto, ON – March 8, 2021 – James Vincent McMorrow has today unveiled a brand-new collaboration with Rudimental, Be Somebody, which premiered as Annie Mac’s Hottest Record In The World and is available now on Columbia Records. This follows James’ much-acclaimed recent single Gone, which was B-Listed at Radio 1 and also landed spots like The Late Show With Stephen Colbert. Be Somebody is the latest taste of what’s to come from McMorrow, with dates for an extensive tour in the UK and Europe to be announced soon.

Released alongside dance trailblazers Rudimental, Be Somebody takes James Vincent McMorrow into a new space, on his own distinctly raw lyrical terms. Introducing the track today, James says: “I wrote this song in 2019 with Jimmy Napes. Was the first thing we wrote. I’m a pretty abstract writer, I rarely write in a linear fashion from start to finish. Obv Jimmy is a brilliant writer and can write a million different ways, but on that particular day we just sat with a guitar and started taking a song one chord and one line at a time, and this just came out incredibly naturally. It feels a bit redundant to talk about how songs feel prescient for the particular moment we’re in, honestly any songs about being unsure or emotionally lacking feel very of this moment.”

Be Somebody, meanwhile, follows Rudimental’s recent single, Be The One (ft. MORGAN, Digga D & TIKE), which released in December as a primer to their own hotly-anticipated fourth studio album. Their most recent LP, Toast To Our Difference, boasted the UK’s biggest-selling track of 2018, These Days ft. Jess Glynne, Macklemore & Dan Caplen, which has since gone on to amass over 1 billion streams worldwide.

In an already-unpredictable career, the last year has seen James Vincent McMorrow push his sound (and himself) in all-new ways. Breakthrough single Gone – and its surprise, one-take video – was produced by James alongside Paul Epworth, turning what sounds like chaos into emotional clarity (“I give less fucks than I used to / still give a lot of fucks”). The track’s soulful predecessor, I Should Go, saw McMorrow collaborate with fellow genre-buster, Kenny Beats, in a reflective assessment of growing up, but feeling none the wiser. Throughout, you’re reminded of the risks James Vincent McMorrow has taken since the singer-songwriter roots of debut album Early In The Morning (which turned ten in 2020); but also that those same instincts (to follow inspiration wherever it leads, and to be as brutally honest as possible) remain a constant.

Already a platinum-selling act, James Vincent McMorrow, has independently clocked up over 750 million streams, reached #1 in his home of Ireland, and seen his music travel everywhere from Drake’s Views to Game Of Thrones (with his new album – and first on Columbia Records – set to follow soon). Be Somebody continues a thrilling new chapter in James’ career, and ultimately where he finds himself in life. 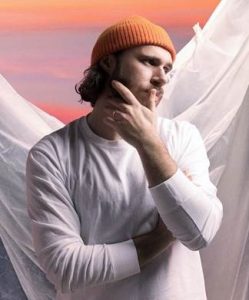