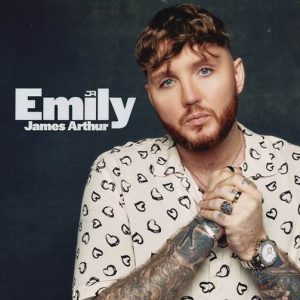 “Emily” is written by James with George Tizzard, Rick Parkhouse, and James “Yami’ Bell and produced by Red Triangle. The track is an emotional ode to the next generation, a tender mea culpa to the daughter he might one day have.

James says “[the song Emily] arose from conversations about having kids. Would I even be a good dad? What if they read about all the shit I’ve been through? It doesn’t matter because ultimately I’m the guy who’s going to be there for you all your life.”

James will tour the UK and Ireland in March 2022, with dates including a special show at London’s prestigious Royal Albert Hall. A North American tour follows in April and May (dates below, including Canadian tour stops in Toronto and Montreal).

James has sold over 30 million records worldwide and has to date released three hugely successful albums: “James Arthur” (UK No.2), “Back From The Edge” (UK No.1) and “YOU” (UK No.2), alongside nine solo UK Top 40 singles.

He has had two No.1 smash hits and was awarded a disc for reaching a billion streams on Spotify with “Say You Won’t Let Go,” the No.1 global hit that brought the singer-songwriter from Middlesbrough back from the edge (it currently has 1.7 billion streams on the platform!).

James Arthur announced his new album “It’ll All Make Sense In The End,” his 4th longplay release, will be released on November 5th.