JAMES ARTHUR PREMIERES VIDEO FOR NEW SINGLE “Can I Be Him” 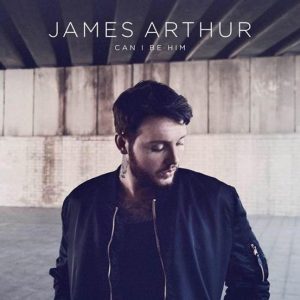 (May 8, 2017) – Following a brilliant promo tour around the USA & Canada, which saw him perform on The Tonight Show Starring Jimmy Fallon (view here), and at iHeartRadio Fest in Toronto, James Arthur now returns to the UK to launch the video for his new single “Can I Be Him.” The video, directed by Felix Urbauer, has premiered today on Youtube and VEVO.

“Can I Be Him” is the new single to be taken from James Arthur’s Platinum second album Back From The Edge, and follows in the footsteps of hit singles Say You Won’t Let Go and Safe Inside. “Can I Be Him” quickly became a fan favourite following the album release and he was recently asked to perform it on BBC’s The One Show (view here).

After returning with his single “Say You Won’t Let Go“ last September, James has gone onto achieve #1’s on both the UK Official Singles and Album Chart, sold out multiple tours and picked up two BRIT Nominations. “Say You Won’t Let Go“, which has picked up over 1 BILLION sales and streams globally, is 3x Platinum in Canada , and Stateside has broken the Top 20 of the Billboard Hot 100, topped the Shazam charts and is one of the most played songs on the Hot AC radio charts.

James recently announced his first arena tour, kicking off in Leeds on 16th November. Tickets are on sale now from www.ticketmaster.co.uk and www.gigsandtours.com and are selling fast. The tour hits London’s legendary SSE Arena Wembley on 24th November and Ella Henderson will support on all 9 UK dates. James wrapped up his last UK tour just last month and it sold out in minutes and earned him rave reviews from fans and critics alike. Over the Summer, James will head back to the United States where he will support One Republic on their arena tour. All dates are listed at http://www.jamesarthurofficial.com.

Listen to Back From The Edge