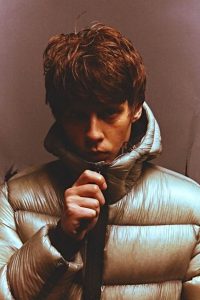 (October 26, 2020) – Jake Bugg has shared his euphoric new single and cinematic short film All I Need, which is another taster of his fresh new sound and follows recent released tracks Rabbit Hole and Saviours of the City through RCA Records.

All I Need is about a feeling of contentment. It’s about having absolute clarity in what you are doing and who you are. It’s about living in the moment and losing yourself. It’s a song written for all of us.

Through its triumphant soulful rhythm and elated relatable vocals, backed by the Urban Flames choir, the track is a release of the senses in its energetic playful sound and was produced by multi-award winning producer Steve Mac. The song is portrayed visually through a short film produced by long-term collaborators High Art, using the music itself to add colour to the black and white concept. Featuring Jake himself, it forges a deep connection with the lyrics via the personal moments of various different narratives.

Jake says; “All I need is about a moment of satisfaction or clarity. A feeling that comes when you are completely engaged in what you are doing, however you arrived there.”

All I Need is the second official single release since Kiss Like The Sun at the end of last year, which was co-written with Andrew Watt (Post Malone) and marked Jake’s debut release since signing to RCA Records and a new start in his musical career. Jake also released two new tracks and short films Rabbit Hole and Saviours of the City earlier this year.

Jake and his band played 9 sold out UK dates this Spring before lockdown erupted, which followed his November tour performing at venues including The Roundhouse in London and a hometown show at Nottingham Rock City.

Still only 26-years-old, yet with 4 albums and numerous hit singles to his name, Jake Bugg has a seasoned knowledge beyond his young years, which he couples with a refreshing wry sense of humour and a laid-back gritty swagger. All I Need further cements an exciting new musical direction for Jake, with much more new music to come.