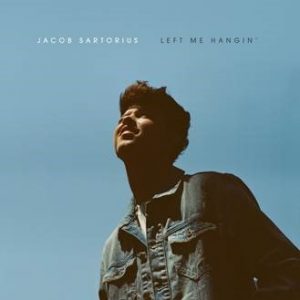 The project includes writing credits from hit-make Julia Michaels (Demi Lovato, Justin Bieber, Selena Gomez) and is set to be followed by a headlining world tour. Jacob will be taking his live performance to Toronto, London, New York City, Vancouver and more. Tickets for the North American dates are available for purchase as of today on his website here.

Following a year of independent success, including two U.S. RIAA gold certifications for his debut single “Sweatshirt” and “Hit or Miss” as well as sold out shows worldwide, Jacob excitedly enters into this new partnership with RCA Records. The singer-songwriter is quickly making a name for himself as a pop-sensation. Jacob has been relentlessly working in and out of the studio and fans can catch him on the cover of Billboard Magazine as well as in VICE News Now, The New York Times, Seventeen Magazine, NPR’s ‘Here and Now’, Georgie Magazine and more. He has recently been nominated for People’s Choice Awards, Teen Choice Awards, Streamy Awards, Kids Choice Awards amongst others.

With an irresistible voice, magnetic charisma, and that instantly recognizable coif, Jacob Sartorius built an undeniable and unique connection with millions of fans worldwide in 2016—which only grows stronger by the day. The 15-year-old all-around entertainer, musician, actor, and social media force seamlessly evolved from online stardom to mainstream ubiquity by following a path of his own. In under the span of a year, his debut single “Sweatshirt” independently achieved RIAA gold status, amassed over 15.1 million Spotify streams, and 70 million-plus YouTube views as he sold out his very first headline tour, the All My Friends Tour. Jacob’s single ‘Hit or Miss’ also achieved RIAA gold status. Recently, Jacob graced the cover of Billboard Magazine, performed at the Kid’s Choice Awards, guested on HBO’s Vice News Now, appeared on NPR’s Here and Now, and attracted praise from The New York Times, Seventeen, Just Jared Jr., and many others, in addition to receiving nominations at the People’s Choice Awards, Teen Choice Awards, Kid’s Choice Awards, iHeart Radio Awards, and Streamy Awards. Everything set the stage for the 2017 release of his debut EP, The Last Text, worldwide tour, and its follow-up Left Me Hangin’ EP.