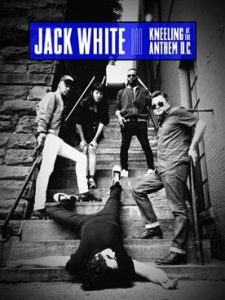 Jack White’s new concert film, JACK WHITE: KNEELING AT THE ANTHEM D.C., is out today worldwide exclusively via Amazon Prime Video, and can be viewed HERE. Directed by Emmett Malloy and filmed at White’s second sold out night at The Anthem in Washington, D.C., the film is accompanied by a six-song Amazon Original live EP with highlights from the evening, which is also available today only on Amazon Music. Watch a clip from the film featuring White and his band performing “Connected By Love” HERE.

In addition to the JACK WHITE: KNEELING AT THE ANTHEM D.C. live EP, Amazon Music listeners can access Jack White’s catalog, as well as hundreds of Amazon Original songs and numerous albums featuring both emerging and established artists across all  genres, also available to stream and purchase.

November 9: The Arena at TD Place – Ottawa, ON