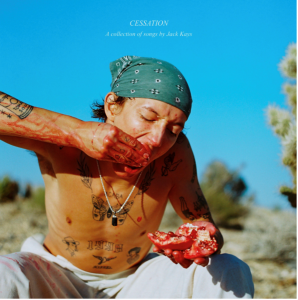 TORONTO, ON – September 16, 2022 – Today, rising star, Jack Kays, has released his new song, Finally Fine, the latest track from his forthcoming EP CESSATION. Inspired by his own personal experience, Kays begins Finally Fine from the perspective of an addict and then transitions midway through to the perspective of someone in recovery. Listen to the vulnerable new song here and watch the accompanying official video here.

In speaking about Finally Fine, Jack says: “Before I started my journey with recovery, I always questioned whether getting sober would make me lose the parts of myself that I loved most. Now that I have a clear head, I realize how irrational that fear was. I enjoy life more and more every day. Getting sober has truly made me into a person that I’m proud to be.”

Regarding CESSATION, he continues: “I’ve been writing this EP for the past two years. It means so many different things to me, and I could go on and on about it, but if there’s one thing to take away from it, it’s that in order for something to live, something else has to die. I think it’s so easy to hold on to old ideas but letting go is the best thing you can do for yourself. I learned that the hard way.”

Those years of writing proved to pay off as CESSATION came to fruition earlier this year during a transcendent two-week trip to Joshua Tree. The 5-track project chronicles the lifespan of a man and his journey to sobriety starting at ages 10-17 with Wish You Well and continuing the story from age 17 to 21 with Finally Fine. Releasing November 11, CESSATION is an extremely vulnerable collection of songs that shine the spotlight on Jack’s songwriting and vocal talent. See full tracklisting below and pre-save/order CESSATION here.

Next month, Jack will embark on his first headline tour titled The Man with a Guitar. Kicking off October 1 at the All Things Go festival, Kays will bring his live show to 18 cities across North America including Los Angeles, Chicago, Toronto, New York, and more. See full routing below and visit www.jackkays.com for tickets and more information. 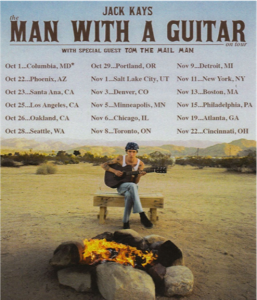