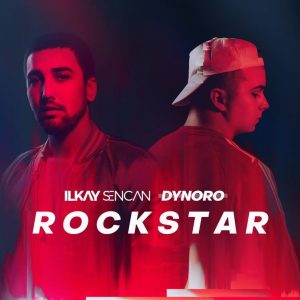 Following on from his recent track ‘Do It,’ Ilkay Sencan releases ‘Rockstar’ – showcasing a killer gangsta-house styled beat with Dynoro, adding his signature sound to the bassline. A remake of Post Malone’s 2017 hit with 21 Savage, this remake is ready to hit the airwaves and dance floors hard on June 21st.

Ilkay’s solo edit of ‘Rockstar’ has already garnered massive support on several streaming and video platforms and is set to become the secret summer hit of the year, further establishing his gravitas as a producer. Born in Istanbul, Ilkay has garnered worldwide support as a producer, DJ and remixer, hitting the spotlight with a Turkish Number 1 for his remake of Burry Soprano’s ‘Mary Jane’ in 2018. He recently opened the Lab Recordings DJ Academy in Ankara and is due to start up a second location in Istanbul.

Ilkay explains a little more about the single, stating: “I’m heavily influenced by cool dirty, gritty bass loops and like to mix these sounds on top of house beats. One day I was listening to ‘Rockstar’ by Post Malone, instantly fell in love with it and had a feeling it would go down great in the clubs. I searched for around two hours but couldn’t find any remix of it that I liked so thought…well why not have a go myself?!

I found the acapella vocal stems to it on the internet and got to work. The funny story is though, later I found out they were not, in fact, Post Malone’s original vocals but that of a Swedish guy called Joel Gustafsson Schönborg – who had done a cover version of the track.”

Dynoro adds:“I think this track has the power to be one of the big smashes this summer and I’m really excited about this collaboration with Ilkay. It perfectly combines elements of urban and electronic music so you get the best of both worlds.”