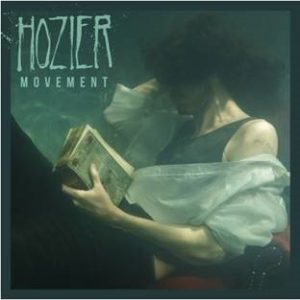 Multi-Platinum singer/songwriter Hozier has released new song “Movement” from his forthcoming sophomore album due early next year. The track was featured as Zane Lowe’s World Record on Beats 1 on Apple Music today and is available HERE via Columbia Records. “Movement” was written by Hozier and produced by Markus Dravs and Hozier.

Hozier has also shared the official video for “Movement” – watch HERE. Directed by UK duo Us (Chris Barrett and Luke Taylor), the visual stars Sergei Polunin who previously collaborated with David LaChapelle for their stunning video set to Hozier’s “Take Me To Church” for Steven Cantor’s documentary “Dancer.”

In speaking about the “Movement” visual, Hozier says: “I was first confronted by Sergei’s talent when I saw a performance of his set to my music in collaboration with David LaChapelle. I believe one of the greatest things to come of your own work is for it to form part of another artist’s vision or execution. That performance itself gave rise to ideas in the song ‘Movement,’ so I was incredibly proud to work with Sergei on this video. Sergei Polunin is a once in a generation talent. He’s a man of incredible skill and artistry and shows a dedication to his art form that I find inspiring. I’m thrilled to share this with everyone.”

Sergei adds: “When I found out that Hozier wanted me to be in his new music video for the song ‘Movement,’ I was over the moon with happiness. When I first heard the song, I thought – he did it again, he created a masterpiece. His music inspired and moved me before, and he did it again with ‘Movement.’”

Last month Hozier concluded his sold-out tour across North America in support of ‘Nina Cried Power,’ his first collection of new music since the 2014 release of his critically acclaimed self-titled debut album. The EP’s title track, which features vocals from multi-Grammy Award-winning artist and performer Mavis Staples and instrumentation by renowned Grammy Lifetime Achievement Award recipient Booker T Jones, peaked at #1 at Triple A radio and, within the first week of release, closed out the format’s panel. Hozier and Mavis Staples recently joined forces for performances of “Nina Cried Power” on The Ellen DeGeneres Show and The Tonight Show Starring Jimmy Fallon.

‘Nina Cried Power’ will be available on 12” vinyl as a Record Store Day Black Friday exclusive offering on 11/23. Visit https://recordstoreday.com/ for more information and participating retailers.