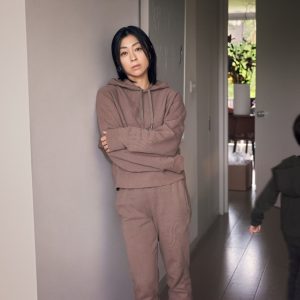 TORONTO, ON (Tuesday, January 11) – Global J-pop superstar HIKARU UTADA today reveals the official tracklisting for their upcoming album BAD MODE and shares a snippet of title track “BAD MODE” ahead of the album’s January 19th release. Initially introduced with November’s lead single “Kimini Muchuu,” BAD MODE is set to feature Utada’s recent chart-topping hits like “One Last Kiss” and “Face My Fears” as well as six never-before-released songs in both English and Japanese. One of the six new tracks, album opener “BAD MODE” is being previewed today by way of a short music video – watch here. “BAD MODE” is one of three tracks co-produced by Floating Points’ Sam Shepherd, who figures as one of the album’s main collaborators alongside contributions PC Music founder A.G. Cook, megaproducer Skrillex and more. Directed by Joe Conner, the official music video for “BAD MODE” will debut in full during Utada’s forthcoming concert special HIKARU UTADA LIVE SESSIONS FROM AIR STUDIOS, which premieres alongside album release on Wednesday, January 19.

Marking Hikaru Utada’s eighth studio album since their debut in 1998, BAD MODE ushers in yet another new chapter in the evolution of their already massive career. A culmination of the last three years, the 14-track collection includes a string of chart-topping singles like “One Last Kiss,” co-produced by A.G. Cook as the theme song to EVANGELION:3.0+1.0 THRICE UPON A TIME, “PINK BLOOD,” the theme to TV anime To Your Eternity, “Time,” the main theme to Japanese TV drama Bishoku Tantei Akechi Goro, “Darenimo Iwanai,” featured in a campaign for Japanese mineral water SUNTORY Tennensui and more. 2019’s global hit song “Face My Fears,” which was written alongside producers Skrillex and Poo Bear as the opening song to action role-playing game KINGDOM HEARTS Ⅲ, is also featured on the album in both Japanese and English language versions of the original song and as a new, never-before-released remix version by A.G. Cook. The PC Music founder also features as a co-producer on Utada’s newest single “Kimini Muchuu,” released in November alongside the album’s initial announcement – watch the music video here.

Elsewhere, BAD MODE will include six brand new songs, including title track “BAD MODE,” one of three songs produced in collaboration with English producer and musician Sam Shepherd aka Floating Points, who also contributes to “Kibunja Naino (Not In The Mood)” and “Somewhere Near Marseilles.” Meanwhile Utada’s first track fully written in English since 2019, “Find Love” features as the theme song to SHISEIDO’s latest global campaign “POWER IS YOU” for new ULTIMUNE™ Power Infusing Concentrate. Hikaru Utada is included as an ambassador for the campaign alongside American soccer star Megan Rapinoe and Spanish actress Úrsula Corberó, each representing the power of beauty within to transform society for the better.

In celebration of the album’s release, Hikaru Utada will release HIKARU UTADA LIVE SESSIONS FROM AIR STUDIOS, an upcoming concert special featuring the new music. Debuting on album release day and Hikaru Utada’s birthday Wednesday, January 19 at 8PM JST / 6AM EST / 3AM PST, the special will be available to watch through Sunday, January 23, 2022. Recorded at London’s legendary Air Studios, the concert is a first for Utada, who has gathered a group of renowned musicians led by bassist Jodi Milliner, bandmaster for Utada’s 2018 tour, to perform music from the new album. The concert was recorded and mixed by sound engineer Steve Fitzmaurice, who also worked on the new album, and directed by David Barnard, whose filmography includes Radiohead’s “In Rainbows – From Basement” and Eric Clapton’s “LOCKDOWN SESSIONS.” Additional details surrounding the concert and ticketing information can be found at the official website HERE.

Born in the United States to Japanese parents, Hikaru Utada is a singer/songwriter and producer.

Utada’s debut album First Love was released in 1999 and was an instant success, becoming the country‘s best-selling album of all time, and still holding the honor to this day. The success of the album led to Utada being featured on the cover of the 2001 “Music Goes Global” issue of TIME alongside U2’s Bono and Bjork, and by the end of the 2000s, Utada was deemed “the most influential artist of the decade” in the Japanese music landscape by The Japan Times. Utada’s commercial success has made the musician one of Japan’s top-selling recording artists of all time with over 37 million albums sold.

Utada announced a hiatus from their music career in 2010 to focus on personal growth before returning in April 2016. The international audience will recognize Utada’s contribution to the Square Enix/Disney video game series Kingdom Hearts, where the musician wrote and produced theme songs for each game in the series. “Face My Fears,” the most recent 2019 collaboration with Skrillex and the opening theme for KINGDOM HEARTS III, charted in the Billboard Top 100. Utada’s 2021 single and EVANGELION:3.0+1.0 THRICE UPON A TIME theme song, “One Last Kiss,” charted in 33 countries and regions worldwide as well as the Spotify Global Viral Chart. 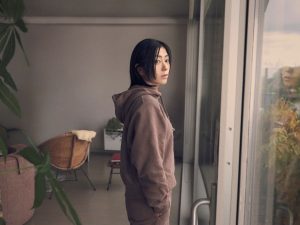