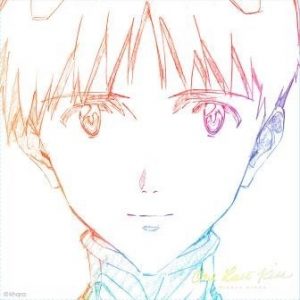 TORONTO, ONTARIO (March 9, 2021) – Milan Records today releases the digital EP edition of Hikaru Utada’s “One Last Kiss,” the title track of which is the featured theme of new film EVANGELION:3.0+1.0 THRICE UPON A TIME. ( SHIN EVANGELION ) – listen here. In addition to “One Last Kiss,” the EP includes eight tracks from both the Neon Genesis EVANGELION TV anime series and Evangelion: New Theatrical Edition film series, newly recorded and performed by Hikaru Utada in celebration of the March 8th theatrical release of the third film installment, EVANGELION:3.0+1.0 THRICE UPON A TIME. ( SHIN EVANGELION ).

Also making its debut today is the music video for “One Last Kiss,” directed by Hideaki Anno who is the author, screenwriter, and director of the film EVANGELION: 3.0+1.0 THRICE UPON A TIME – watch here. After accepting Hikaru Utada’s offer to make a music video, Mr. Anno proposed that she self-record herself without any on-site direction, which he then cut up and joined together to create the final version. After receiving minimal direction from Mr. Anno via e-mail, Hikaru Utada shot the film in the suburbs of London with only a small crew, taking meticulous measures to prevent COVID-19 infection. The film was edited in Japan by Mr. Anno and his team, who received the video material shot with a variety of equipment, including smart phones. The result is a work that evokes bittersweet emotions, as if tracing an important memory from the private past. 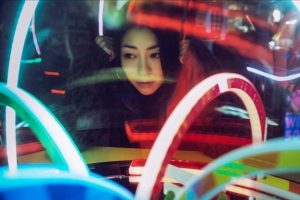 TV anime series Neon Genesis EVANGELION was first broadcast in 1995, taking the world by storm. The Evangelion: New Theatrical Edition film series started in 2007 with EVANGELION: 1.0 YOU ARE (NOT) ALONE. followed by EVANGELION: 2.0 YOU CAN (NOT) ADVANCE. and EVANGELION: 3.0 YOU CAN (NOT) REDO. all becoming record hits at the box office. The TV anime and each of the feature films have since continued to garner new fans and are very lucky to be popular among various generations along the way, and the newest and feature film finale will be released in Japan on March 8, 2021.