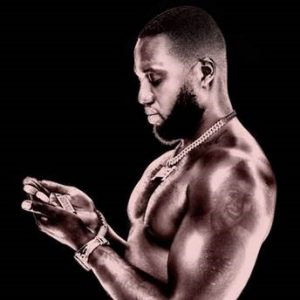 “The Drill crown lies securely with Headie One”
Complex UK

“The artist from Tottenham, north London, is the breakout star of drill”
The Times

Produced by The Elements and AOD (Pa Salieu, Aitch, Dutchavelli, Yxng Bane, Mahalia), the melodic and guitar-laden track is a stripped back affair with sturdy 808 drum patterns. Lyrically reflecting on Headie’s personal metamorphosis as he comes to terms with the new expectations fame has brought to his life.

The re-release of ‘Edna’ pairs the original album’s 20 tracks with a staggering 8 new songs. In which Headie continues to tap into a lane that creatively melds his Drill and Hip-Hop roots with indie music, R&B and classical. The new additions include production from Kenny Beats, Ghosty, Nyge, ADP,  K Tokyo, N1 and Mikabeats plus guest appearances from Rich The Kid, Northside Benji and notably a reunion with his longtime ‘Drillers & Trappers’ collaborator RV.

‘Edna (Deluxe)’ comes after the phenomenal breakout success of ‘Edna’. Upon its initial release in October, the album debuted at No.1 on the UK Albums Chart making history as the first drill album to achieve such a milestone. All the while scoring multiple hit singles like ‘Only You Freestyle’ featuring Drake, ‘Ain’t It Different’ featuring Stormzy & AJ Tracey and ‘Princess Cuts’ with Young T & Bugsey.  Critically, the project earned rapturous praise from titles such as The Guardian, The Telegraph, The Times, The Fader, NME, CLASH, The Face, The Line Of Best Fit, GQ Magazine, Loud & Quiet and more.

Burna Boy has been a staple within African music for almost a decade, amassing over a billion streams across all music platforms. Following the success of his breakthrough hit ‘Ye’ and major-label debut album ‘Outside’ in 2018, Burna Boy began to make significant headway in his efforts to break western markets.

‘African Giant’, his critically-acclaimed fourth studio album reached No. 16 on the UK Albums Chart and he earned multiple top 10 hit songs on the singles chart via collaborations with Jorja Smith (‘Be Honest’), Dave (‘Location’) and Stormzy (‘Own It’). ‘Anybody’ secured a coveted spot on Barack Obama’s ‘2019 Favourite Songs’ playlist. He was later called on by music royalty Beyoncé to contribute a song to her Afrobeats-inspired soundtrack album, ‘The Lion King: The Gift’.

In 2020, Burna Boy released his latest album ‘Twice As Tall’, executively produced by legendary record executive/producer Diddy. The project quickly became his fastest-selling album to date. Notably beating his previous album’s chart peak by debuting at No.11 on the UK Albums Chart. Several media publications like The New York Times, Consequence Of Sound, The Telegraph, Pitchfork, NME, The Guardian and VICE showered the release with praise.

Burna Boy’s success to date has seen him effortlessly transcend the world of African music securing multiple GRAMMY and BRIT-Award nominations in addition to attaining wins from the BET Awards, MOBO-Awards and the MTV EMA’s.

Headie One recently announced he’ll be embarking on his biggest headline tour to date with the ‘Edna Live’ tour commencing in May 2021. The ‘King Of Drill’ will play shows in Bournemouth, Bristol, Manchester, Dublin, Glasgow, Liverpool, Birmingham, Newcastle, Leeds, Nottingham and London, where he’ll perform at The SSE Arena.

Headie One has cemented himself as one of Britain’s leading rappers and most formidable talents. Widely recognised as ‘The King of Drill’, Headie’s success has seen the grassroots subgenre rise from the underground to become one of the most applauded scenes in contemporary music.

To find out more about Headie One, go to:

To find out more about Burna Boy, go to: