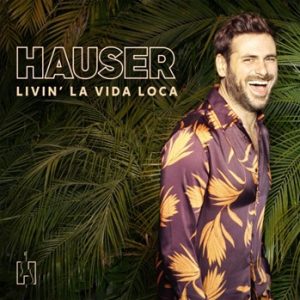 (June 17, 2022 – Toronto, ON) — Today, global superstar HAUSER shares a first glimpse of his upcoming solo project with the captivating reimagination of Ricky Martin’s classic Latin Pop hit song “Livin’ la Vida Loca,” reinvented with HAUSER’s unique musical gifts. From the opening snap of the drum set, kicking in the vivacious dance rhythm, and with the heat of the dance band brass section, HAUSER takes center stage on cello with his sensational signature sound. Listeners are taken on a whirlwind adventure of romance and excitement, a trademark for HAUSER that has made him an international star. Known for taking the cello into uncharted musical territory, HAUSER traverses from genre to genre with ease, unifying fans of all ages and backgrounds around the world. Listen to “Livin’ la Vida Loca” HERE and watch the accompanying music video HERE.
“The cello has a universal language that everyone can understand,” said HAUSER. “‘Livin’ la Vida Loca’ is a song that has made such a lasting impact as a globally unifying hit across multiple generations. I want listeners to hear my new rendition and celebrate the life of a song, with everyone dancing and singing freely, hearing the joy of their own hearts when they hear my music. Let’s celebrate life together.”
This year finds HAUSER re-signing his contract with Sony Music Masterworks, taking his solo career to new heights. With a new multi-genre album release on the horizon, HAUSER continues to use his irresistible charisma and musical stylings to create an unparalleled experience for fans around the globe. Fresh off his Farewell Tour for 2CELLOS, HAUSER is kicking off the summer season with a global dance party extravaganza with “Livin’ la Vida Loca,” and setting the scene for more exciting news on the horizon.
With “Livin’ la Vida Loca,” recently inducted to the National Recording Registry for its major cultural impact, HAUSER celebrates one of the most prominent worldwide hits of the last 25 years.