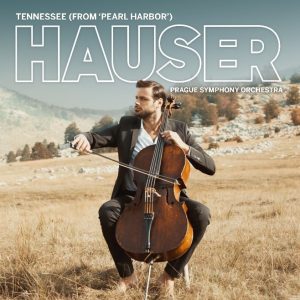 TORONTO, ONTARIO (January 7, 2021) – Delivering yet another intimate and invigorating interpretation of a big screen favorite, HAUSER today releases a new track for his rendition of “Tennessee,” originally written and recorded by Academy Award®-winning composer Hans Zimmer as the theme to the 2001 blockbuster Pearl Harbor. Available everywhere now, his reimagining couples bold and emotional cello with strains of dramatic piano for an evocative homage.

Accompanying today’s release is a new video for the track. Shot in his home of Croatia, HAUSER performs solo in an expansive valley surrounded by mountains. The breathtaking vistas and tight close-ups mirror the push-and-pull of the cello between a cathartic crescendo and delicate bridge. It offers a powerful and poetic tribute to Zimmer whose original score received a Golden Globe® nomination in the category of “Best Original Score” – watch here.

Of “Tennessee,” HAUSER says, “Hans Zimmer is one of the greatest movie score composers. When I had the opportunity to record it recently, I had to do a cello version of this beautiful track. I hope you enjoy it. Happy New Year!”

HAUSER has carried his recent success into 2021. Available everywhere now, he capped off last year with the EP HAUSER PLAYS MORRICONE, which revisits, reimagines and recharges eight instantly recognizable compositions from the Academy Award®-winning catalogue of arguably the most prolific and influential film composer of all time Ennio Morricone. Additionally, he unveiled the deluxe CD & DVD edition of his Sony Classical solo debut Classic – available here. It includes the original album in its entirety, plus a video disc containing a newly-edited long form program comprised of his three “Alone, Together” performance events. He also filmed and unveiled a dedicated video for each track. Within six months, music from Classic has already amassed over 100 million combined audio streams and video views. Working hard to consistently release new videos and content, HAUSER has continued to engage new fans across the globe, this year reaching more than 12 million followers across his socials and averaging nearly 350 million monthly impressions, putting HAUSER in a league occupied by only the most popular of music artists.

HAUSER’s story begins as a very young child in the town of Pula, Croatia, where he found himself so transfixed by the sound of a cello that he was moved to gather whatever he could around him to try to make the instrument himself, in the hopes that he could learn its mechanisms and recreate that very same magical sound. His impatience to master the cello survived his childlike attempt to build one, as the dynamic young cellist has since rocketed to fame as half of the global, genre-busting musical sensation 2CELLOS. With the release of Classic, HAUSER has realized maybe the best of all possible musical dreams that dazzled that little Croatian boy. 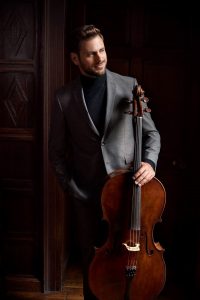