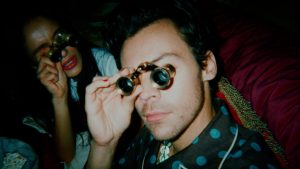 “Late Night Talking” is the follow up to his lead single “As It Was,” which continues to break records around the world and is once again #1 on the Billboard Hot 100 chart for a 9th week. “As It Was” now holds the record atop the Billboard Global charts with 12 weeks on the Global 200 chart and 13 weeks atop the Global Excl. U.S. single chart, becoming the biggest song of 2022 as the only RIAA multi-platinum certification of the year so far.

Harry is currently on the road with Love on Tour in support of Harry’s House in stadiums and arenas across the world. See full list of dates at https://www.hstyles.co.uk/.