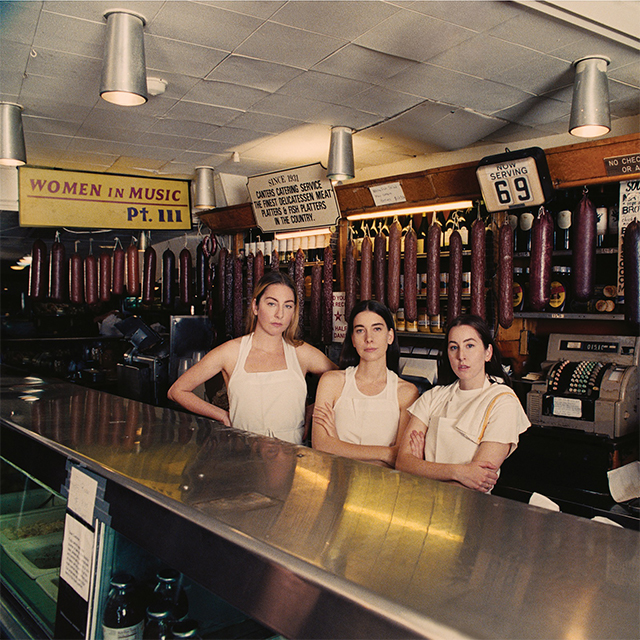 (June 26, 2020) GRAMMY® nominated, Southern California-bred sister band HAIM’s highly anticipated third studio album, ‘Women In Music Pt. III’ is out now (Columbia Records). The new album finds the band deliberately adopting a no-holds-barred approach to the new music that is not only their most vulnerable but also their most confident work to date. All 16 tracks (see below for full track listing) were written by Alana, Danielle, and Este and the album was co-produced by Danielle and longtime collaborators Ariel Rechtshaid and Rostam Batmanglij. Listen to ‘Women In Music Pt. III’ here: https://smarturl.it/HAIM_WiM_Pt_III

Leading up to album release, HAIM have already received rave reviews and critical acclaim for the new album. Pitchfork has named the album “Best New Music” this week and declared, “the third album from the trio is far and away their best. Intimate, multidimensional, and wide-ranging, the songwriting shines with personality and a great curiosity for melody and style.” New York Magazine’s Vulture called it “their strongest work yet,” and in Rolling Stone’s 4-star review, they heralded the album as “an immediate gem in their still-expanding catalog; it’s a resonant reflection on pain, depression, love and home.” Entertainment Weekly proclaimed, “the sisters’ songwriting is as sharp and unpretentious as ever” while W Magazine described the album as, “their most intimate, open, one yet, especially lyrically speaking…Sonically, ‘WIMPIII’ is the most experimental listeners have heard Haim,” and Variety stated, “‘WIMPIII,” as it’s known in short, is a welcome quarantine album not for how it will get fans off the couch — though there’s some of that — but for how it mirrors the feelings of isolation many listeners will be able to identify with in mid-2020.”

While HAIM have readied to release the new album, they’ve continued to use their platform to fight against systemic injustices the Black community faces in America. Recently, the band took to Instagram to share that they will be donating 100% of the profits from two shirts in their new merch collection to the Black Trans Femme in the Arts Collective. In their post, the band shared, “When we discovered @BTFAcollective we were so inspired by their mission statement which sets out to improve the quality of life for people of color through the arts. Black trans femmes sit at a particularly mistreated intersection of race and gender representation and are consistently denied opportunities and platforms.  The BTFA Collective is a collective of Black trans women and non-binary femmes dedicated to making space for themselves in the arts and beyond.” The t-shirts are available for purchase here and to donate directly to the BTFA Collective, click here.

‘Women In Music Pt. III’ is the follow up to Haim’s sophomore album, ‘Something To Tell You,’ which was released in July 2017. ‘Something To Tell You’ debuted at No. 7 on the Billboard 200 and was critically acclaimed by The New York Times, The Associated Press, The FADER, NPR, and more. The band’s sophomore album was declared “a gleaming triumph of artisanal pop music” by Stereogum, Pitchfork called the album “slyly complex” and Entertainment Weekly praised, “HAIM deliver 11 songs of expert songwriting and fine-tuned studio trickery that sharpen their jukebox classicism.” 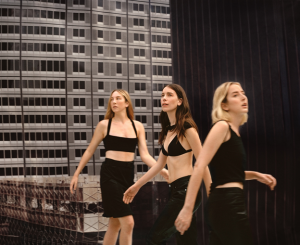