H.E.R. RELEASES OFFICIAL MUSIC VIDEO FOR “EVERY KIND OF WAY” AND NEW SONG “2” FROM VOL. 2: THE B SIDES 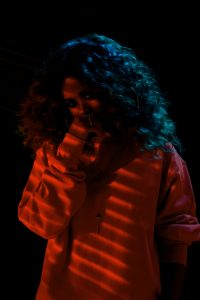 In addition to the video, H.E.R. releases “2,” a new song from Vol. 2: The B Sides, currently available now for pre-order at all digital music providers. Click here to listen to “2.” The Vol. 2: The B Sides will be available for download only on October 20. The digital deluxe bundle of H.E.R. Vol. 1 and H.E.R. Vol. 2, which will be available for streaming only on October 20, includes six bonus tracks, including “2” and the beautiful duet “Best Part” with Daniel Caesar.

Last week, H.E.R. announced her first ever North American headlining “The Lights On Tour” which sold out in ten minutes.  Due to popular demand, new dates will be added and announced soon. Kicking off November 5th in Washington, D.C., the tour will see H.E.R. perform at various college campuses and intimate venues in major cities including Toronto, New York, Vancouver, Los Angeles and more.

H.E.R. Vol. 1 made iTunes’ Best of 2016 R&B/Soul Albums list while the track “Losing” made the Best R&B/Soul Singles list.  NPR also listed the EP in their “5 Essential R&B Albums You Slept On” roundup. H.E.R. has been included in Rolling Stone’s March 2017 roundup of “10 Artists You Need To Know” and Forbes’ “5 Alternative R&B Artists To Look Out For In 2017.” Since the September 2016 release of H.E.R. Vol. 1, which peaked at #1 on the U.S. iTunes R&B/Soul Albums chart, the impact of H.E.R.’s music has even reached Rihanna, who posted an Instagram clip of H.E.R.’s hypnotic song “Focus” playing in the background.  The slow motion clip has been viewed over 5 million times, catapulting the mysterious H.E.R. Vol. 1 back to #1 on the iTunes R&B/Soul Albums charts.

In June 2017, H.E.R. released H.E.R. Vol. 2 EP, which features the standout track “Every Kind Of Way.” Rolling Stone included the EP in their “10 Albums To Stream Now” explaining, “[it] combines future-tense R&B with disarmingly honest lyrics and impeccable production.”

Combined, H.E.R. Vol, 1 and Vol. 2 have amassed over 213 million streams worldwide across all digital platforms.