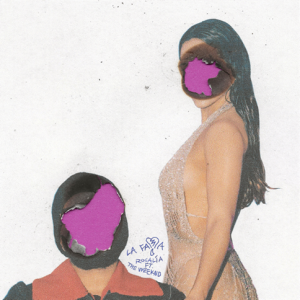 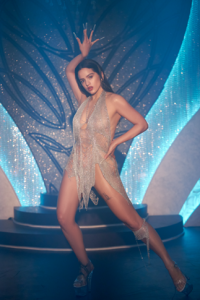 Today, Grammy Award winning recording artist, producer and songwriter Rosalía releases “LA FAMA” featuring The Weeknd. The powerful and cautionary song finds Rosalía and The Weeknd singing to each other in Spanish about how charming and seductive fame can be, making her a dangerous and shallow lover. “LA FAMA” serves as the first official track from Rosalía’s heavily anticipated forthcoming album, MOTOMAMI, which will release globally in 2022.

Keeping within Rosalía’s dedication to songwriting and interest in full scale storytelling as well as the visual arts and fashion, “LA FAMA” arrives with a high wattage video. Directed by Director X, the video finds Rosalía portraying fame as the star and queen bee of a glamourous yet slightly seedy dinner theatre club. The host – played by Danny Trejo – applauds his most sought after star who quickly catches the eye of ambitious The Weeknd. Watch their flirtatious interaction as he falls into the traps of fame here.

Translation: “I wanted to write, in my own way, a bachata with a little story around ambition. Taking as a reference the lyrics of Ruben Blades or Patti Smith and the songs of Aventura, I ended up writing a story of romance with fame”.

“LA FAMA” serves as the official track for Rosalía’s forthcoming album MOTOMAMI. Rosalía officially announced the album earlier this month to the delight of fans; click here to watch. No additional details on MOTOMAMI are available at this time, but fans can watch her socials for updated information.