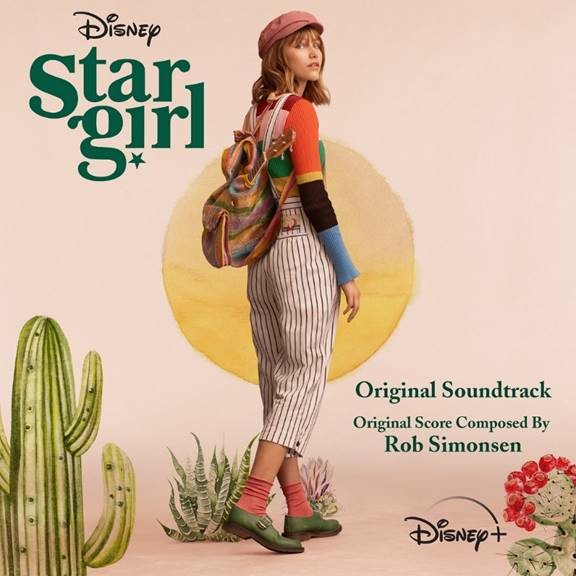 Award-winning singer/songwriter Grace VanderWaal has released her brand new original song “Today and Tomorrow” – listen to it HERE. The twinkling track penned by Grace while filming, is featured in the upcoming Disney+ original movie Stargirl, a film adaptation of Jerry Spinelli’s beloved young adult novel of the same name. Premiering on the Disney+ streaming service next Friday, March 13th, Grace will be making her acting debut, playing the titular role of the same name. “Today and Tomorrow” is the end-credit title track and will also be included on the forthcoming Stargirl digital soundtrack from Walt Disney Records, available on March 13th.

“‘Today and Tomorrow’ was inspired while I was filming the movie. I wanted to capture the essence of being Stargirl and how it felt to play her,” Grace says of the song. “My producer, Ido, and I wanted to keep it as raw and natural as possible to let people hear the magic in the studio when the song was written.”

Grace will take the stage to perform “Today and Tomorrow” on Jimmy Kimmel Live! on March 11th.

Grace VanderWaal is a creative force to be reckoned with. Following her meteoric rise and the release of her best-selling EP, Perfectly Imperfect, and full-length album, Just The Beginning, the America’s Got Talent winner returned with a new EP titled LETTERS: VOL. 1 late last year. To date Grace has over 700 million streams worldwide. All throughout, VanderWaal keeps her millions of fans updated on her daily musings and everyday evolution on social media, all while enjoying the experience of simply being a teenager. Letters: Vol. 2 is set for release later this year via Columbia Records.

“Stargirl” from Disney+ is a tender and offbeat coming-of-age story based on the critically-acclaimed, New York Times’ best-selling young adult novel about an unassuming high schooler who finds himself inexplicably drawn to the free-spirited new girl, whose unconventional ways change how they see themselves…and their world. Leo Borlock (Graham Verchere) is an average student at Mica High School. He gets decent grades, is a member of the school’s marching band and has always been content flying under the radar. But all that changes when he meets Stargirl Caraway (Grace VanderWaal), a confident and colorful new student with a penchant for the ukulele, who stands out in a crowd. She is kind, finds magic in the mundane and touches the lives of others with the simplest of gestures. Her eccentricities and infectious personality charm Leo and the student body, and she quickly goes from being ignored and ridiculed to accepted and praised, then back again, sending Leo on a rollercoaster ride of emotions. A celebration of individuality, kindness and the power of the human spirit, “Stargirl” is directed by Julia Hart from a screenplay by Kristin Hahn and Julia Hart & Jordan Horowitz based on the novel by Jerry Spinelli. The film stars singer/songwriter Grace VanderWaal in her film debut, Graham Verchere, Karan Brar, Maximiliano Hernandez, Darby Stanchfield and Giancarlo Esposito. “Stargirl” is produced by Ellen Goldsmith-Vein, p.g.a., Lee Stollman, p.g.a., and Kristin Hahn, p.g.a., with Jordan Horowitz, Jim Powers, Jerry Spinelli, Eddie Gamarra, Catherine Hardwicke and Jonathan Levin as executive producers.