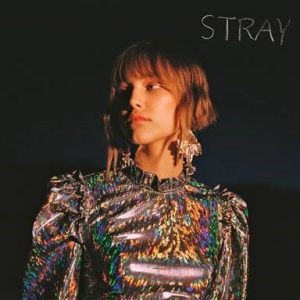 Award-winning singer/songwriter Grace VanderWaal has returned with brand new music for 2019! The multi-talented artist has released her new single “Stray” today via Columbia Records. The track features a moody, searching sound that’s a departure from her signature airy ukulele riffs, but still showcases her raspy, captivating vocals. Grace has also shared the new song’s official music video, a creative vision from Grace herself that was brought to life with help from director Blythe Thomas. Watch HERE. “Stray” is her first new music release following her last single “Clearly” in early 2018, with a lot more to come in 2019.

“’Stray’ is close to me,” says Grace. “Not because it’s the re-start of my continuing path, but because it explains the exhilarating fear and freedom of growing up. Growing up feels like a storm you weren’t prepared for. But how do you prepare? By practicing and appreciating you.”

Following the release of her best-selling EP Perfectly Imperfect in 2016 and her full-length album Just The Beginning in 2017, the America’s Got Talent winner is back for an incredible new year. Described as a “mature songwriter” and “pop natural” by The New York Times, Grace has notched an overwhelming amount of achievements in her first three years as an artist, named one of Billboard’s 21 Under 21 for three consecutive years and featured in Forbes’ 30 Under 30 in 2018 as the youngest member to ever make the list. Additional accolades include Billboard’s Women in Music 2017 Rising Star Award, Teen Choice Next Big Thing Award, and more. She has partnered with incredible brands like Kate Spade and Fender, who launched a Grace VanderWaal Signature ukulele last year, making her their youngest ever Signature artist. In 2018 Grace also completed a sold out headline tour and accompanied Imagine Dragons as the supporting act on their North American Evolve Tour.

Always evolving and keen on expanding her artistry, VanderWaal most recently tackled the title role in Disney’s Stargirl, a film adaptation of Jerry Spinelli’s best-selling young adult novel and one of the first original films to premiere on the company’s upcoming streaming service to be released early 2020.