OPENING FOR IMAGINE DRAGONS ON TOUR THIS SUMMER 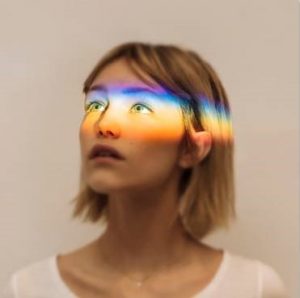 SYCO Entertainment/Columbia Records singer/songwriter Grace VanderWaal has released her new single “Clearly” today. The song is a reprise of Johnny Nash’s “I Can See Clearly Now” with new and original lyrics – listen to the anthemic track HERE. The song’s video was directed by Brian Petchers and filmed in Grace’s hometown of Suffern, NY – watch HERE. “Clearly” is Grace’s first official release following her debut album Just the Beginning in November 2017. Check out her appearance on CBS This Morning today HERE.

“My new single ‘Clearly’ is about hope, and having the courage to face the world which can be pretty tough sometimes,” says Grace. “My favorite lyric from the song is ‘I accept all the things that I cannot change’. As much as we try to change ourselves, we will always be the same person deep down. We should embrace what makes us different and love that about ourselves.”

Grace is set to begin her run opening for Imagine Dragons on their extended North American Evolve Tour on June 5. For a full list of dates, please visit https://gracevanderwaal.com/tour/.

Grace recently spoke out with Billboard and Parkland student Sofie Whitney to discuss school safety and the healing power of music in support of March for Our Lives. Earlier this month, Grace embarked on a trip to the village of Kisumu in Kenya with Starkey Hearing Foundation to experience firsthand giving the gift of hearing. She is also working hard with her charity Little Miracles to help provide funding for music programs in her local schools.

Over the past year, Grace won the Radio Disney Music Award for The Freshest – Best New Artist and the Teen Choice Award for Choice Next Big Thing, was tapped for Variety’s Youth Impact Report and U.S. Billboard’s 21 Under 21 for the second time, signed a modeling deal with IMG Models Worldwide, and was also honored with the ‘Rising Star’ award at the 2017 U.S. Billboard Women in Music ceremony. She was also recently awarded two Japan Gold Disc Awards (New Artist of the Year and Best New Artist). 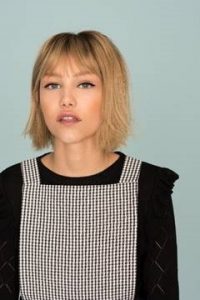