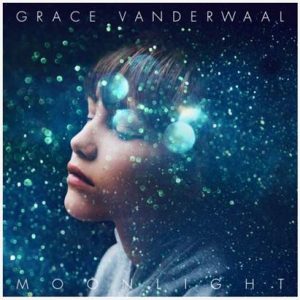 Thirteen-year-old singer/songwriter and America’s Got Talent 2016 champion Grace VanderWaal has released her infectious new song “Moonlight” today.  Produced by Ido Zmishlany (Shawn Mendes, American Authors), the youthful song features a stomping beat that complements her signature ukulele sound and is available now via the above platforms. Grace will perform “Moonlight” today on VidCon’s #YouTubeOnStage. The high energy 90-minute show will be open to conference attendees and to fans worldwide through a live stream at yt.be/onstage beginning at 10pm ET.

“’Moonlight’ is about somebody you know very well changing unnaturally over time right in front of you and pushing you away, so you want to help bring them back to their original self,” shares Grace.

Grace captured the hearts of America with her unique singer-songwriter talent, performing all original music during the America’s Got Talent competition using her signature ukulele. Grace’s AGT audition clip featuring her song “I Don’t Know My Name” went viral and is approaching 200 million views, with rock star Stevie Nicks commenting, “She reminds me a lot of me in a lot of ways…Whatever happens, Grace is going to the top.” The young breakout star has received celebrity praise from the likes of Jason Mraz, Katy Perry, Reese Witherspoon, Shawn Mendes and Taylor Swift. Signed to Columbia Records and Syco Music, Grace released her debut EP Perfectly Imperfect in 2016, which debuted in the Top 10 on Billboard’s Top 200 Albums chart and became the best-selling EP of the year. In March, Grace received the 2017 Radio Disney Music Award for The Freshest- Best New Artist.