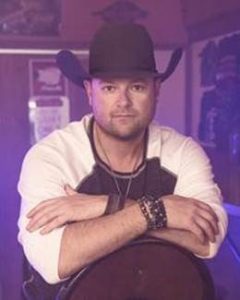 Launching to coincide with the new “Dive Bar” video is an extensive social media engagement campaign in which fans will tell Gord their favourite local drinking establishment – Gord started his playing career playing honky tonks and dive bars across the country, and wants to hear his fans tell him where they enjoy a cold one and hear live country music. It’s where it all started. Check it out HERE

“We’re really looking forward to hear from fans where they hang out and enjoy live country music…and perhaps I may even go and play a few of these?” 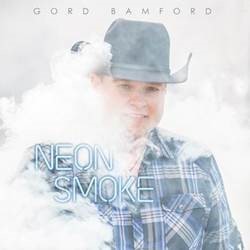 Gord Bamford stands as one of the most decorated artists in Canadian country music history. No stranger to praise, Bamford has amassed an impressive 24 Canadian Country Music Association (CCMA) awards, multiple Canadian JUNO Award nominations and is the two time winner (2013/2015) of Nashville’s Country Music Association “CMA Global Country Artist” award. Gord Bamford’s distinctive sound and song writing ability defines him as one of country music’s best neo-traditional artists. Bamford is not an overnight success. He has spent the better part of the last 20 years honing his craft, working to get where he is today.

Gord continues to deliver the best in Country music and can be seen performing at venues and festivals throughout the summer including a July 14th performance at Echo Park in France.

See below for upcoming performances this summer:

Saturday August 25th – Lucknow’s Music in The Fields, Lucknow, ON

The Gord Bamford Charitable Foundation over the last ten years has raised more than $3,000,000.00 for Big Brothers Big Sisters, Make a Wish Foundation, Ronald McDonald House, Wheelchair Accessible Playgrounds & Children’s Hospitals across Canada www.gordbamfordfoundation.com. Gord Bamford raised a total of $393,534 at the 10th Annual Gord Bamford Charity Golf Classic in Alberta, Canada on August 9th and 10th, 2017. Meeting their fundraising goal, Gord and his committee are celebrating breaking the 3 million dollar mark with his charity­. Monies from The Gord Bamford Charitable Foundation are delivered to a variety of youth-centered charities across the country like Big Brothers and Big Sisters, MusicCounts, and Children’s Hospitals to name a few. On Saturday, September 9, 2017, Canadian Country Music Recording Artist Gord Bamford presented Creative Kids Saskatchewan with a substantial donation to support kids in the Province facing financial barriers to participation in arts, cultural or creative activities. As part of SIRIUSXM FanFest, Bamford took a moment from his performance to make a $2,500 donation from the Gord Bamford Foundation to Creative Kids, as well as announcing the Gord Bamford Foundation will be donating a very exciting grand prize to be raffled off in support of Creative Kids – A VIP all-expenses paid trip for two to the Beachside with Bamford concert, being held January, 2018 in Riviera Nayarit, Mexico. Second prize is an autographed by Gord Bamford acoustic guitar, donated by Long & McQuade. Coinciding with Country Music Week in Saskatoon, Canada’s music education charity MusiCounts announced on Friday September 8th that the Gord Bamford Foundation is renewing its commitment to MusiCounts with a $100,000 donation. The Foundation previously donated $100K in 2014.