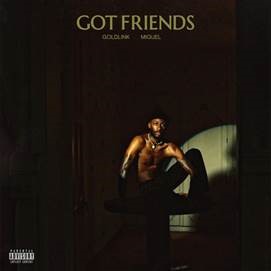 [New York — June 13, 2018] Following his feature on Christina Aguilera’s new single “Like I Do,” Grammy-nominated recording artist, Goldlink is back to share a new single of his own. “Got Friends,” featuring ByStorm Entertainment/RCA Records, Grammy-Award winning artist Miguel, indicates Goldlink does not intend to slow down following the success of his highly-acclaimed debut album At What Cost and double platinum single “Crew.” In addition to the new single, Goldlink is featured as the latest performer on NPR’s Tiny Desk Concert series, which is now available to watch above.

To celebrate his career thus far and pay homage to his hometown, Goldlink recently announced “Three Nights on U Street,” where he will be playing three intimate shows across three nights at Washington D.C.’s iconic venue U Street Music Hall, performing one of his albums each night with specialized stage production.

Hear “Got Friends” feat. Miguel and watch Goldlink’s Tiny Desk Concert above, and see below for more about Goldlink and more info on “Three Nights on U Street.”

Where the intersections of the DMV (DC, Maryland and Virginia) collide, GoldLink is a direct product. Washington, D.C., and the broader DMV area, have long been treated like a musical Rubik’s cube. There are bursting, Technicolor patches of musical brilliance, but the component parts never line up in a way that made sense to those on the outside. GoldLink is not interested in spelling out all the nuances of his hometown; what he does aim to do is synthesize his environment’s litany of influences and inspirations into something unique, singular, and all together his own.
With his debut studio album At What Cost (Squaaash Club/RCA)–helmed by the monstrous single “Crew”–released in March 2017, he’s done just that. By merging the sensibilities of go-go with the African diaspora, he’s done what hip-hop has done from its inception: repurpose what’s available into something magical.

Miguel first hit the mainstream in 2010 with the infectious first single “All I Want Is You,” from his major label debut album of the same name, a song which blended a stark hip-hop beat with Miguel’s creamy vocals to form a sound that was absent from the radio and established Miguel as one of the most unique and soulful voices in modern R&B. The album also features “Sure Thing,” which hit #1 on Billboard’s Hip-Hop/R&B chart and second US #1 “Quickie.” Miguel’s follow up was his critically-acclaimed, four-time Grammy Award nominated, sophomore album Kaleidoscope Dream, which features his third US #1 hit single “Adorn,” the intoxicating “How Many Drinks?,” “Do You…” and “The Thrill.” In 2013 Miguel was nominated for a total of 5 Grammy Awards. Lead single “Adorn,” written and produced by Miguel, garnered Miguel his first Grammy Award for Best R&B Song and resided at #1 on the R&B/Hip-Hip Airplay chart for more than 23 weeks becoming the longest running #1 single in the history of the Billboard R&B/Hip-Hip Airplay chart. Miguel’s critically acclaimed third studio album, WILDHEART was released in 2015 via ByStorm Entertainment/RCA Records and claimed the #1 spot on Billboard’s R&B Albums chart for the second time and debuted at #2 on the Billboard 200 Album Chart. The album was nominated for a Grammy Award in the Best Urban Contemporary Album category, and its lead single “Coffee,” was nominated in the Best R&B Song category. 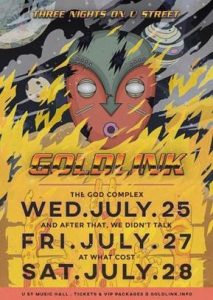