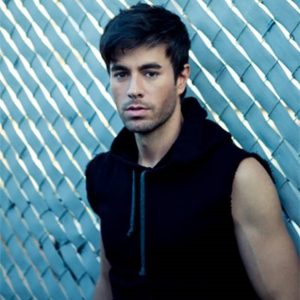 MIAMI (October 19, 2020) – Global icon singer-songwriter Enrique Iglesias will be recognized as the “Top Latin Artist of All Time” at the 2020 Billboard Latin Music Awards—as announced today by Telemundo and Billboard. The show airs live from the BB&T Center in Sunrise, FL on October 21 and will be broadcast on Telemundo.

Iglesias has released over 40 smash hits, sold more than 180 million records, surpassed 19 billion streams and 17 billion video views, and concerts in every corner of the world with an attendance of 10 million people and gross sales of one billion dollars.

Because of all of this, Enrique is undoubtedly the Biggest Latin Artist in history earning him the title of the King of Latin Pop.

“Enrique is an iconic artist, a global star, a high-class professional, and more importantly and amazing human being. His music has transcended generations. This much-deserved award is a testament to his continued impact and influence. It is an honor for us at Sony Music to work with him. Congratulations, Enrique!” said Afo Verde, Chairman and CEO, Sony Music Latin Iberia.

Recently, LiveNation announced the new rescheduled dates for his mega-anticipated tour with Ricky Martin set for 2021. The 25-show tour kicks off September 3, 2021 at Gila River Arena in Glendale, AZ, and will play in major markets and legendary venues coast-to-coast, concluding at Amway Center in Orlando, FL on October 30, 2021.

In addition to his music, he has passionately lent his support towards disaster relief efforts with Save The Children. Enrique and his fans from all over the world have rallied to support his favorite cause through online contributions, fundraisers, auctions, merchandise and meet and greets that contributed to over $400,000 and counting.

Enrique Iglesias is one of the most successful singer-songwriter in music history with more than 180 million albums sold worldwide, released ten studio albums plus two greatest hits compilations, and is a multiplatinum artist in almost every country around the world. He has headlined ten world tours to more than 10 million fans throughout his career having performed in literally every corner of the world from New York to Sydney to Cape Town to Minsk to London to Belgrade to Santiago to Mexico among many more.

Undeniably, the biggest Latin recording artist in music history, Enrique has 31 #1 singles on the Billboard Latin Airplay Chart as well as having multiple #1’s across all the Billboard charts with a combined total of 105. His track, “Duele El Corazón” got him his 14th #1 Billboard Dance track making him the king of the chart beating out Michael Jackson for the most #1’s in Billboard history.

Enrique has been celebrated with just about every award an artist can receive including multiple GRAMMYs®, Billboard Awards, World Music Awards, American Music Awards, Premios Juventud, ASCAP and BMI honors and many more totaling over 200. Enrique celebrates his success by helping create awareness of the incredible work of Save The Children.