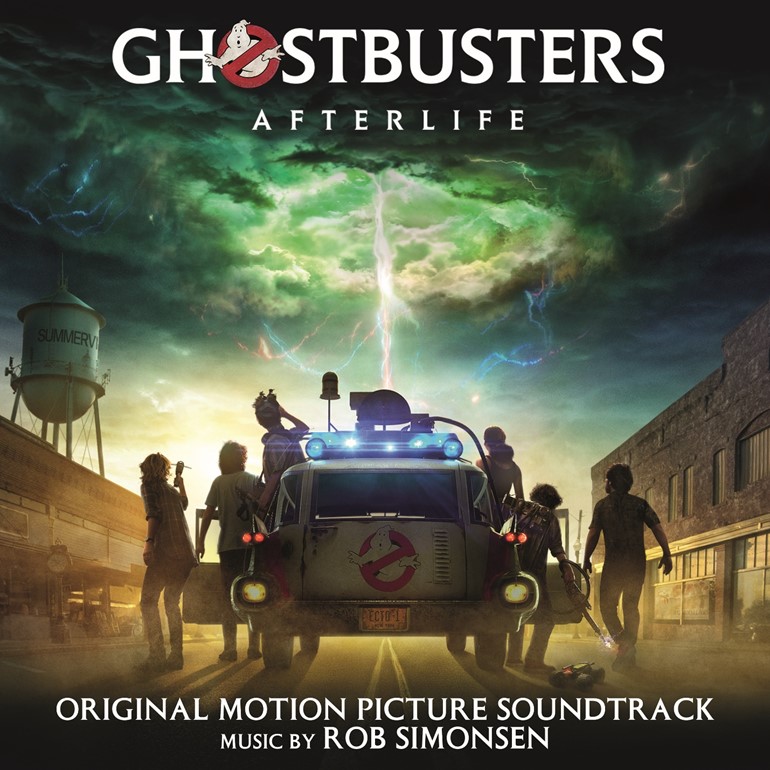 Of the soundtrack, composer ROB SIMONSEN says, “Working with Jason Reitman on Ghostbusters: Afterlife has been a career highlight for me and my twelve-year-old Ghostbusters-loving self. To reflect the idea of passing the torch from old Ghostbusters to new, from Ivan Reitman to his son Jason, we integrated and reimagined Elmer Bernstein’s classic original score into something for a new generation.”

Making their debut today alongside album preorder are two lead singles from the soundtrack, giving listeners an introduction to Simonsen’s score – listen to “Lab Partners” and “Mini-Pufts” here. As exemplified by today’s singles, Simonsen has reprised familiar themes and expanded upon them, ultimately crafting a nostalgia-tinged score that both pays homage to Bernstein’s much-loved music and establishes an entirely new sound for the new chapter.

ABOUT GHOSTBUSTERS: AFTERLIFE
From director Jason Reitman and producer Ivan Reitman, comes the next chapter in the original Ghostbusters universe. In Ghostbusters: Afterlife, when a single mom and her two kids arrive in a small town, they begin to discover their connection to the original ghostbusters and the secret legacy their grandfather left behind. The film is written by Jason Reitman & Gil Kenan.

ABOUT ROB SIMONSEN
2021 sees the release of Rob Simonsen’s latest collaboration with director Jason Reitman, with his score for Ghostbusters: Afterlife following their previous films together: The Front Runner and Tully. Other recent film scores include Our Friend, The Way Back, and Love, Simon. Based in Los Angeles and ever with his finger on the pulse of contemporary music, he co-founded the influential collective The Echo Society with the mission ‘to inspire, challenge, enrich and connect the community through the creation and performance of new sonic and visual art’. Simonsen’s debut artist album Reveries was released in 2019 on Sony Masterworks.