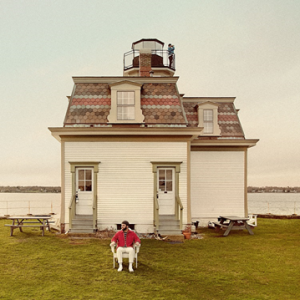 Executive produced by longtime friend and collaborator ayokay, the album was created from the uninspiring throes of quarantine when Quinn XCII decided to shake up his creative routine and left L.A. for ayokay’s family vacation home in the seaside town of Newport, Rhode Island. There they set up a makeshift studio in the living room and after two full week-long trips, they created an endlessly radiant body of work that fully captures the pure joy and camaraderie of its creation.

In line with the album, Quinn XCII has also premiered an official lyric video for the song “We Don’t Talk Enough” featuring Alexander 23, a dreamy meditation on the pain of growing apart from your oldest friends.

The 12-track album’s lead single “Stay Next to Me” feat. Chelsea Cutler, which the duo performed on The Late Late Show with James Corden, is a piano-driven portrait of infatuation at first sight. Another high-energy and irresistibly feel-good track, the hip-hop-leaning “My Wife & 2 Dogs,” cleverly documents the making of the album, dropping references to Wes Anderson and Rocky Balboa in its tongue-in-cheek ode to unbridled creativity. From there, Quinn XCII shifts into a melancholy mood with “SOS,” pulling inspiration from his surroundings and spinning a fictional but emotionally raw story of a lover lost at sea. Halfway through Change of Scenery II, the mesmerizing “Doris Terrace,” featuring vocals from ayokay and another close friend and rising star Jeremy Zucker, makes for one of the album’s most sonically adventurous and profoundly moving moments.

“Through making this album I was able to stop and appreciate certain things that I’d been overlooking in the day-to-day,” says Quinn XCII. “It taught me how important it is to enjoy the simple pleasures, the people closest to you, and to never take anything for granted. I hope that hearing these songs helps other people to feel that same kind of excitement and joy.’

At the forefront of Quinn XCII’s consistent growth is his highly sought-after and fully energized live show. In celebration of the new album, he will play a drive-in concert at City National Grove of Anaheim’s Drive-In OC on March 11, 2021, which sold out within minutes of the on-sale. 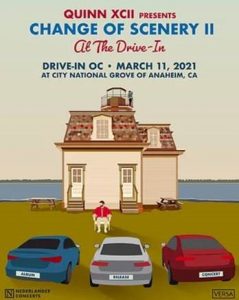 1. We Made This Album In Newport

7. Stay Next To Me (Feat. Chelsea Cutler)