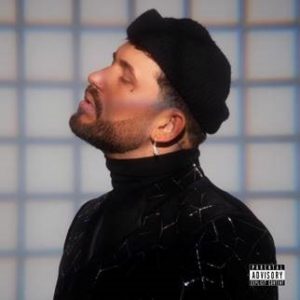 (August 27, 2020) – GASHI and 17-time Grammy Award winner, Sting release the music video for their track “Mama” today (watch here). The Edgar Esteves (G-Eazy, Chris Brown, Davido) directed video sees a young GASHI watching Sting in admiration. As the video continues he grows up finding himself achieving his dreams while inspiring the next generation that anything is possible.

The track is featured on his sophomore album 1984 and has features from Sting, Pink Sweat$, Njomza, Rose Gold, Diamond Café and Devault.  Listen to the whole album here.

Born in Libya, GASHI spent much of his young life as a refugee, moving from country to country.  His family eventually settled in Brooklyn, NY, where he was introduced to music at a very young age.  GASHI absorbed a melting pot of musical influences throughout his youth, resulting in the formation of his own unique sonic palette that blends together different genres of music.  His dynamic sound has allowed GASHI to collaborate with a wide range of talents ranging from Chris Brown to Travis Scott.  In the last couple of years, he released two studio albums album, sold out venues all across the globe, and has accumulated over 550 million streams with over 100 million video views worldwide.

Composer, singer-songwriter, actor, author, and activist, Sting is one of the world’s most distinctive artists. Throughout his illustrious career both with The Police and as a solo artist, he has sold 100 million albums, received numerous accolades including 17 GRAMMY Awards® and has been inducted into The Rock and Roll Hall of Fame.

His most recent album, My Songs, features contemporary interpretations of his most celebrated hits; it spawned a celebrated world tour of the same name, with a Las Vegas residency set to open next year.

Sting’s support for human rights organizations such as the Rainforest Fund, Amnesty International, and Live Aid mirrors his art in its universal outreach.  Along with wife Trudie Styler, Sting founded the Rainforest Fund in 1989 to protect both the world’s rainforests and the indigenous people living there.