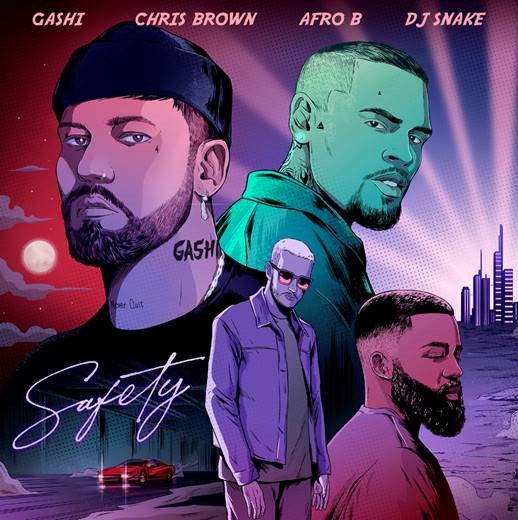 “Safety 2020” follows the release of GASHI’s self-titled debut album last fall. The album includes the original version of “Safety” which has been streamed and viewed over 25 million times. The song instantly became the #1 most added song globally on Spotify (in 38 countries) upon release.  Watch the video HERE.

Later this year GASHI will embark on his very own headlining tour across North America in support of his debut album. For more information and to purchase tickets, please visit www.gashiworld.com.

Born in Libya, GASHI spent much of his young life as a refugee, moving from country to country.  His family eventually settled in Brooklyn, NY, where he was introduced to music at a very young age.  Rooted in hip-hop, GASHI absorbed a melting pot of genres throughout his youth, resulting in the formation of his own unique sonic palette, and has since created a sound that sits in between pop, hip-hop, rap, and dance music.  Numerous Billboard chart topping hits and millions of streams later, GASHI is ready to unleash his debut onto the world, only scratching the surface of what’s to come.

With the release of “Safety 2020,” GASHI kicks off what is sure to be a massive year.

For more about GASHI, visit: