Marking the next step in his sonic evolution as an artist, as well as paving the way for what fans can expect from him next, Elevators is an expansive yet intimate body of work that examines many of GASHI’s own personal life experiences while delving into sonic influences of hip-hop, R&B, electronic, and more. Inspired by GASHI’s fear of elevators, the 14-track album finds the artist confronting his past demons and relationships, conquering his fears in order to come back stronger than ever before.

Says GASHI of the release, “when I was eight years old and living in Austria, I got stuck in an elevator for over three hours. My first album was called ‘Stairs’ because I’ve lived my life always taking the longer and harder way up. I’ve been in the game now since 2009 and I have achieved things that I never could have dreamt being possible, but I am not where I want to be yet. We all have demons and fears in life that dictate our everyday decisions, and the hardest thing to do is to silence them so that we can live the life that we are destined to live.”

“I’ve learned that life begins on the other side of fear. On the other side of conquering your demons and letting go of your past or trauma. And that’s why this album, ‘Elevators,’ will be a significant turn in my life. I am finally taking control so that I can elevate to the level of success required for me to make a difference in this world. It’s time to go inside the elevator and press up.”

3. No Drugs In Dubai

Born in Africa and raised in NYC, GASHI spent much of his young life as a refugee, moving from country to country. His family eventually settled in Brooklyn, where he was introduced to music at a young age. GASHI absorbed a melting pot of musical influences throughout his youth, resulting in the formation of his unique sonic palette. His dynamic sound has allowed GASHI to collaborate with a wide range of talents, including Chris Brown, Travis Scott, Sting, Dua Lipa, and more. GASHI continues to defy and bend genres throughout his discography and has trophied countless global anthemic hits as well as critical acclaim.

Today, GASHI is the only male Albanian artist to chart on multiple Billboard charts. In the last few years alone, GASHI has released two studio albums – including his 2020 hit album 1984 – sold out venues across the globe, and accumulated over 1 billion streams with over 300 million video views worldwide. The New York Times cited GASHI as “the trap Phil Collins” and received co-signs from peers, including Travis Scott and A$AP Rocky, who affirmed GASHI as “one of the dopest artists to come out of New York.” A trajectory that is supersonic and an impact that is undeniable, this is GASHI. 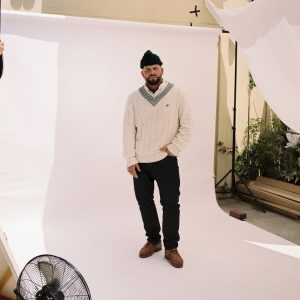