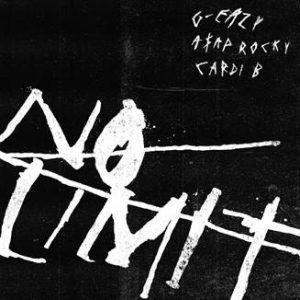 Multi-platinum rapper and producer G-Eazy has just released his first song, “No Limit” from his highly anticipated forthcoming studio album The Beautiful and Damned featuring two of the hottest in the game from NY, A$AP Rocky and Cardi B. The hit single produced by Boi 1da and Allen Ritter premieres today via iHeart Radio and is available to stream on all digital platforms now. A$AP Rocky along with his A$AP Mob just released Cozy Tapes Vol. 2: Too Cozy, the third project that capped off his AWGEST initiative while Cardi-B exploded with “Bodak Yellow” and riding high with the unofficial song of the summer.

G-Eazy took over the summer teasing out new music, racking up guest features while living up to his rolling stone status by relentlessly touring the globe playing shows to thousands of screaming fans everywhere from Hungary to Malaysia, Finland to Indonesia, Ireland to the Philippines and Japan. The Bay Area rapper was also named creative director of Stillhouse Whiskey and just last week curated a special pop-up shop in New Orleans for Bud-Light’s 2017 Dive Bar Tour. Hip Hop’s newest mainstream maestro is gearing up for one of the biggest albums of the year, the follow up his blockbuster platinum album When It’s Dark Out, which has been streamed nearly 1 billion times.  The album spawned the smash hit single, “Me Myself & I” which features Bebe Rexha and is 4X platinum in the US, sold over 5 million downloads worldwide and was the 9th most streamed song of 2016. Additionally G-Eazy won the 2017 People’s Choice Award for Best Hip/Hop Artist and was named as one of Forbes 30 under 30.

And this is just the beginning. Listen to “No Limit” featuring A$AP Rocky and Cardi B now and stay tuned for more from Young Gerald coming soon.

To Purchase or Stream: