FUTURE KICKS OFF 2019 WITH NEW SINGLE & MUSIC VIDEO “CRUSHED UP” 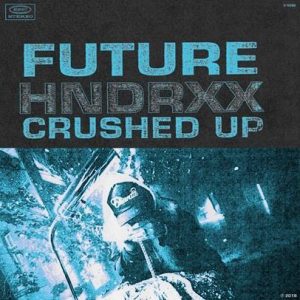 (January 4, 2019 – Los Angeles, CA) – Kicking off 2019 with a big and bold bang, Atlanta hip-hop superstar and multiplatinum trailblazer Future returns with a brand new single and music video entitled “Crushed Up.” Get it HERE via Epic Records/Freebandz Entertainment.

Propelled by nimble wordplay, slick bars, and a woozy chant, “Crushed Up” shines over glimmering keys and icy 808s. While evoking strains of his signature style, it also sees the pioneering trendsetter level up with another quotable hook—“Diamonds in your face, crushed up, I can see ‘em”—bound to be a lexicon-worthy catchphrase for 2019. Additionally, the cinematic video places him in a snowbound dreamscape trapped by wintry vixens inside of a gothic mansion. Beginning with a young Future peering into a snow globe, the setting flips from a trap house to wild wonderland. At times chilling and transfixing, the visual captures the track’s outsized ambition with otherworldly exposition and psychedelic energy. Watch it HERE!

“Crushed Up” is just the beginning though. It heralds the arrival of his seventh full-length album, dropping on January 18. This marks his first new solo album since the historic success of the 2017 albums Future and Hndrxx and the multiplatinum banger “Mask Off,” building on this incredible foundation and momentum to go even bigger in 2019.

“Crushed Up” was included in Spotify New Music Friday in 37+ Markets including US (#1), Canada (#1), UK, Australia, Germany, New Zealand, France, Sweden, Malaysia, Spain, Japan, Norway, Denmark, Finland, Mexico, South Africa, and many more. In addition, to being the cover of the top 4 most popular playlist.

“Crushed Up” was also # 1 on several of Apple Music top playlist such as Essentials, A-List Hip Hop, On Repeat, It’s Lit, and many more which it was the #1 song on all of the listed playlist. Not only did it trend worldwide upon arrival it went #1 on the #OnRepeat Playlist in the UK, Germany, France, South Africa, Mexico, and Japan.

Adding another dimension to this next phase, Future shares the details for his Official Documentary, The WIZRD, debuting exclusively worldwide on Apple Music. The feature-length film follows the artist closely and peeks into corners of his world never-seen-before—until now. It opens up a window into his story and creativity unlike anything else.

To properly launch The WIZRD, he will personally host screenings with a Q&A and album listening in Los Angeles [January 8, iPic Theaters], and New York [January 10, iPic Theaters Southstreet Seaport]. It officially releases on Apple Music worldwide on January 11.

Meanwhile, he opens up a limited-edition D2C store with a whole new merch collection January 11.

The next era of Future starts now with “Crushed Up.”

Watch him make history again in 2019.

Where would hip-hop be without Future? With millions of singles and albums sold, countless packed shows, and streams in the billions, his shadow looms heavy over the game. He carried trap music from the bandos to fashion shows as a generation of Southern artists rose in his wake. A decade-long grind gave rise to an unbelievable string of mixtapes, reaching its apex on the trifecta of Monster, Beast Mode, and 56 Nights. 2015’s DS2 became his first of five number one debuts on the Billboard Top 200 followed by What a Time To Be Alive with Drake and Evol. In 2017, he unleashed the platinum-certified Future and gold-selling Hndrxx back-to-back and emerged as “the first artist to release two Billboard Top 200 number ones in consecutive weeks.” Future‘s “Mask Off” went quadruple-platinum, ascended to #5 on the Hot 100, and became his biggest smash yet. He performed on The Ellen DeGeneres Show, lit up Coachella, and headlined the massive “Nobody Safe” Tour. As he covered issues of GQ, Rolling Stone, and XXL, Hndrxx graced year-end lists from Pitchfork, Complex, Entertainment Weekly, Noisey, Variety, and more. He teamed with Young Thug for the collaborative epic Super Slimey, which captured #2 on the Billboard Top 200 upon arrival. Extending his reach yet again, he provides the soundtrack for the high-profile Superfly remake as he readies a barrage of new projects to be unveiled at his signature prolific pace.