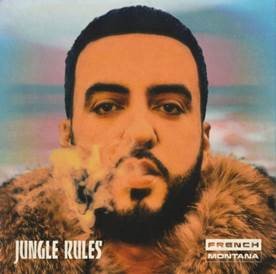 The worldwide smash “Unforgettable” [feat. Swae Lee] not only stands out as a global phenomenon, but it also sets the tone for the new album as a whole. Between a heavenly hook from Swae Lee, he delivers confessional verses over an unpredictable tribal electro beat. Already his fastest Top 40 riser, the track just received an official Music Canada double platinum certification and has clocked over 158 million Spotify streams and 101 million YouTube/VEVO views after only 2 months since release. Buy/Stream “Unforgettable” HERE.

Last night, he offered up a landmark performance of “Unforgettable.” After collaborating with YouTube sensation Uganda’s Triplets Ghetto Kids on the song’s video, he surprised the kids by flying them out to Los Angeles. He made their dreams come true introducing them to America and inviting them to accompany him during an historic show at the BET Awards. It brought the audience to its feet. Watch it HERE.

Earlier this month, French screened his riveting documentary Project: Unforgettable — “My Project, Their Reality” in front of tastemakers in New York. The heartfelt visual follows him to Uganda. He returns to the continent of his birth to track down YouTube Triplets Ghetto Kids after finding fascination in their videos. Along the way, he awakens with inspiration, witnessing the culture firsthand and undergoing a transformative experience that went on to define the album and yield the music video for “Unforgettable.” It’s as powerful as it is poignant.

Describing the documentary, Billboard put it best claiming, “His level of motivation is back at an all-time high.” The full length documentary will be released the week JUNGLE RULES arrives.

French is with his biggest, boldest, and best work to date. Moreover, he’ll be taking this new music on the road, announcing a series of international headline gigs and dates supporting The Weeknd on the Starboy Tour. Check out the full itinerary below.

Get ready for more from French Montana and his most unforgettable phase yet.

For up to date information regarding French Montana, please visit: