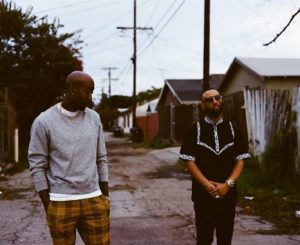 What the press said about

“Gibbs leads the way with his lyrical onslaught”

“Freddie Gibbs continues his unprecedented reign with this one…”

On the heels of reemerging with their new single “Flat Tummy Tea,” Freddie Gibbs and Madlib release “Bandana” ft. Assassin, which is a digital bonus track taken from their forthcoming album of the same name set for release via Keep Cool/RCA Records & Madlib Invazion/ESGN.

The new track features dancehall legend Assassin in vintage form as the bad-man’s patois and menacing flow provide a rare foil to Gibbs’ raw energy. The song will be available exclusively on the digital-only bonus edition of the album and on the B-side of the “Flat Tummy Tea” 12″ available on March 29th at Rappcats.com.

Gibbs and Madlib first connected on their 2014 universally-acclaimed collaborative album Piñata, which was celebrated in the streets and by critics; it landed on numerous year-end lists including Billboard, FACT, Pitchfork, and SPIN.

The duo’s seamless collaboration juxtaposes two giant talents: Madlib,the prolific producer with a record collection spanning all genres and eras, an adept sampler, peer to the late J Dilla (his collaborator on Champion Sound and his musical soulmate), foil for DOOM, hip hop’s Charlie Parker, with whom he created the landmark album Madvillainy. Freddie Gibbs, the gravel-voiced braggadocios rapper, a vocal athlete, a star-on-the-rise knocked off course who refused to give up and has since offered some of the most compelling rap music in the past ten years.

On Piñata, Madlib offered Gibbs, then a gritty street rapper from Gary, Indiana, a chance to expand his captivating storytelling, giving him the dramatic backgrounds for his brutally-honest, soul-scraping lyrics. As a pair, Freddie and Madlib exude a natural chemistry and craft an alchemical music, appealing to everyone on the hip-hop spectrum. 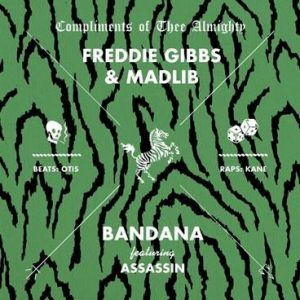