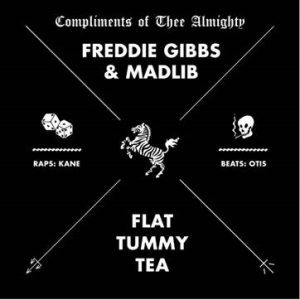 What the press said about Piñata:

“a monument to the enduring magic of raw beats and bars”

“his most cohesive project to date”

[February 20, 2019 – New York, NY] Today, Freddie Gibbs and Madlib are announcing their forthcoming new album Bandana will be released as a partnership between Keep Cool/RCA Records & Madlib Invazion/ESGN. The duo are celebrating the announcement by sharing new song “Flat Tummy Tea,” which marks the reemergence of hip-hop’s unlikely duo and is the first offering from their new collaborative album. A limited-edition 12” of the single is also available at Rappcats.com.

Gibbs and Madlib first connected on their 2014 universally-acclaimed collaborative album Piñata, which was celebrated on the street and by critics; it landed on numerous year-end lists including Billboard, FACT, Pitchfork, and SPIN. The new single picks up where their first album left off, as Madlib chops up vintage samples into a complex soundscape that only a lyricist of Freddie’s caliber could match in flow and tenacity.

The duo’s seamless collaboration juxtaposes two giant talents: Madlib,the prolific producer with a record collection from all genres and eras, an adept sampler, peer to the late J Dilla (his collaborator on Champion Sound and his musical soulmate), foil for DOOM, hip hop’s Charlie Parker, with whom he created the landmark album Madvillainy. Freddie Gibbs, the gravel-voiced braggadocios rapper, a vocal athlete, a star-on-the-rise knocked off course who refused to give up and has since offered some of the most compelling rap music in the part ten years.

On Piñata, Madlib offered Gibbs, then a gritty street rapper from Gary, Indiana, a chance to expand his captivating storytelling, giving him the dramatic backgrounds for his brutally-honest, soul-scraping lyrics. As a pair, Freddie and Madlib exude a natural chemistry and craft an alchemical music, appealing to everyone on the hip-hop spectrum. 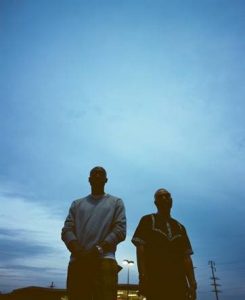