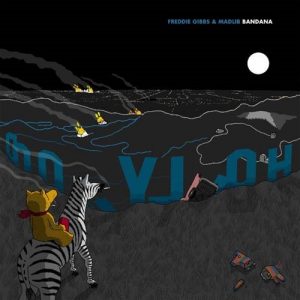 [New York, NY – May 30, 2019] Today, Freddie Gibbs and Madlib share their new single with an accompanying video for “Crime Pays.” The track is the second single from their forthcoming album Bandana, following “Flat Tummy Tea.”

The visual is directed by longtime Gibbs collaborator Nick Walker. A take on the 70’s Blaxploitation Western, the video centers around a turn of fortune. A life of seeming bucolic opulence in a farm – Mount Kane – in the mountains after a drug bust turns violent. As Gibbs pops champagne in a frigid stream while fly fishing and relaxes in a natural hot spring after berating his workers, the reason behind his “retirement” is revealed.

To coincide with the release of “Crime Pays” Gibbs and Madlib also announce that their highly anticipated album, Bandana is set for release across all digital platforms on June 28th via Keep Cool/RCA Records and Madlib Invazion/ESGN. The CD+LP’s  will be available on July 27th (you can preorder them via Rappcats here). The album includes features from Pusha T, Killer Mike, Yasiin Bey, Black Thought, and more.

Listen and watch “Crime Pays” above, see upcoming tour dates below with more to follow, and stay tuned for additional info from Freddie Gibbs & Madlib in the coming weeks. 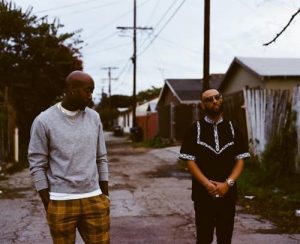