FRANKIE & SCOTT HOYING TEAM UP TO RELEASE NEW TRACK AND VIDEO FOR “GHOST” FEAT. ONE NIGHT 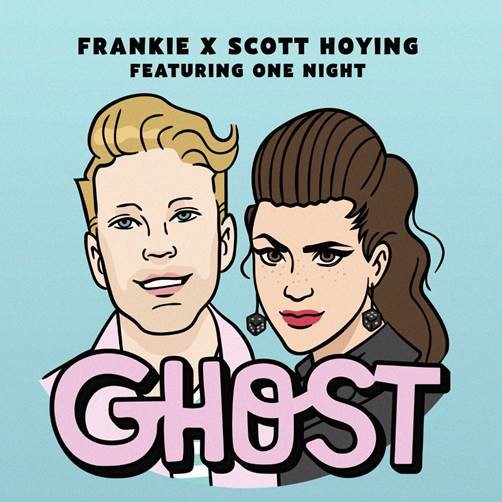 (Los Angeles, CA)—Today, much buzzed about pop singer-songwriter FRANKIE and Grammy® Award-winning artist, Scott Hoying release their brand new track “Ghost” featuring One Night along with the music video, which serves as a playful homage to Grease with a twist and is directed by Dano Cerny. “Ghost” feat. One Night is available now at all digital retail providers via RCA Records.

About FRANKIE
Hailing from Oakland, California, Frankie burst onto the scene when she released her song “Problems Problems”, which has racked up over 4 million streams on Spotify worldwide. Idolator called the song a “head-bopping track” with a “catchy hook Her debut EP, Dreamstate was released via RCA Records, and features “Problems Problems” as well as her second single, “New Obsession”, for which she also released a music video (Click HERE). Billboard included “New Obsession”, in their list of “20 Pop Songs You Need For Your Summer Playlist” calling it a “slick, wildly engaging highlight.” The track was also included in Taylor Swift’s “New Songs That Will Make Your Life More Awesome” playlist.  FRANKIE has also released her previous single “Blink” along with the music video (Click HERE), and was included in ELLE Magazine’s “The ELLE 25”, as well as in Nylon’s “15 New Singer-Songwriters That Will Steal Your Heart”. Further, she released a revamped version of “Problems Problems” with Marc E. Bassy along with a music video (Click HERE to watch). In addition to her latest releases “Paper Doll” (Click HERE) and “Coping” (Click HERE to watch the music video), FRANKIE has previously toured with Troye Sivan, and Daya.

About Scott Hoying
Scott Hoying is one fifth of the Grammy® Award-winning, multi-Platinum-selling a cappella group Pentatonix and half of pop duo Superfruit. Since co-founding Pentatonix in 2011, the group has won three Grammy® Awards, sold nearly 10 million albums worldwide and performed for hundreds of thousands of fans at their sold out shows across the globe. Their 2015 self-titled album is certified Gold in Canada and debuted at #1 on Billboard’s 200. Additionally, nine of their albums reached the top 10 on Billboard’s 200 chart (two albums reaching #1 in the US) and received multiple RIAA & Music Canada certifications for multi-Platinum, Platinum and Gold selling albums and singles. Pentatonix is set to embark on a North American tour in July in support of their most recent release PTX Presents: Top Pop, Vol. 1. Superfruit released their debut album Future Friends last Fall and just wrapped their first headlining US tour. 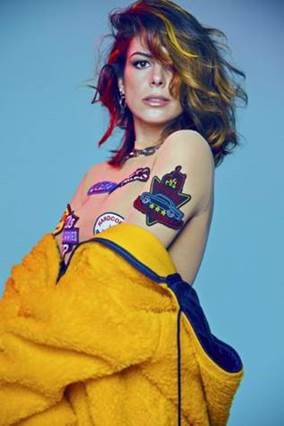 To Buy or Stream “Ghost” feat. One Night:
Multi-retailer – http://smarturl.it/FSHGhost